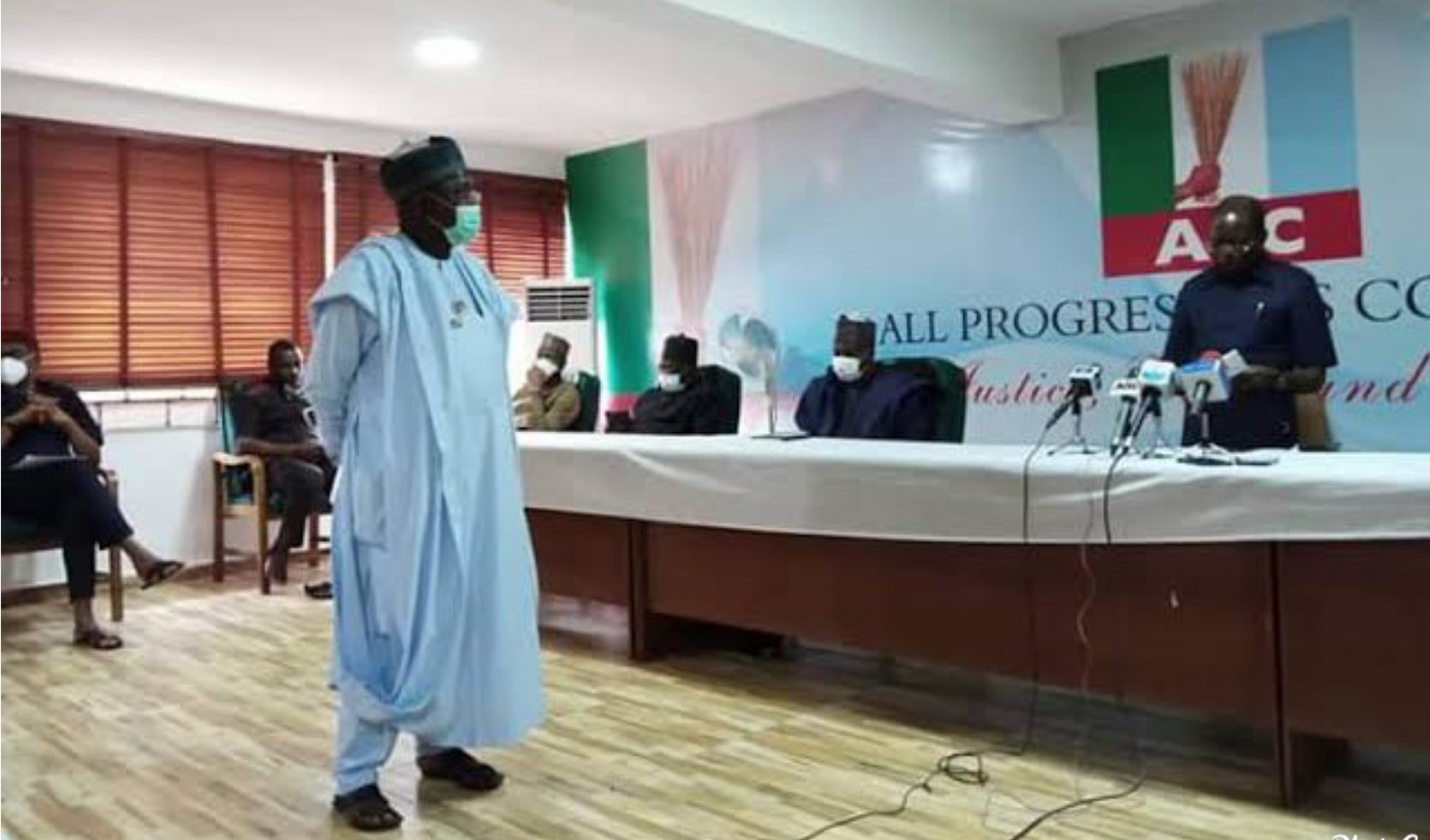 Despite the opposition from its Northeast zonal executive, Architect Bulama was on Monday sworn in as acting national secretary of the All Progressives Congress (APC).

WITHIN NIGERIA recalls that several set backs were recorded after the last occupant of the office, Mai Mala Buni was elected as Yobe state governor.

The candidacy of Bulama as the chief scribe of the party had been a subject of controversy which resulted in a crisis that almost consumed the party before the outbreak of the coronavirus pandemic.

The event which was supervised by the national chairman of the party, Comrade Adams Oshiomhole had in attendance the Borno State governor, Babagana Umara Zulum and his Gombe State counterpart, Muhammad Inuwa Yahaya. governor of Yobe State who has maintained that his state should produce his replacement was not at the event.

Responding, the new national secretary said he has no agenda of his own, promising to work along with other party executives to move the party forward.