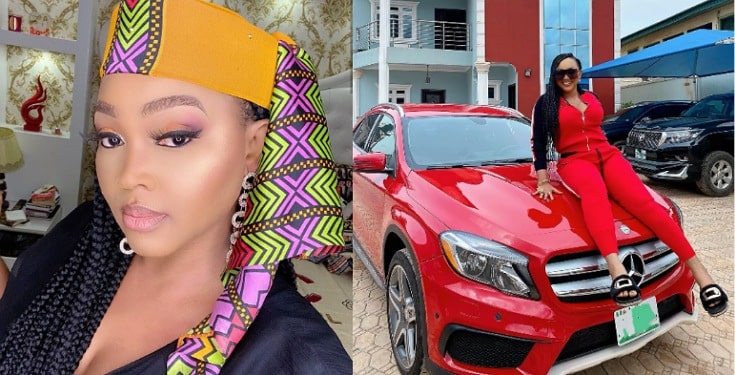 Nollywood actress, Mercy Aigbe, has taken to her Instagram page to show off the brand new Mercedes Benz, she acquired.

According to the mother of two, she bought the new car for herself after much persuasion.

Sharing a photo of the car, Mercy Aigbe wrote on Instagram; After much persuasion her excellency finally joined the Benz Gang. New Whip Alert! …

Within Nigeria recalls the love struck couple welcomed a baby boy on Thursday, September 19, 2019, D’banj later confirmed the birth of his son on 20 October 2019 in Beverly Hills California, USA.

A video shared on popular online shows the highly coveted ride the singer just copped for his wife and mother of his son.

The elated dancer who is now a proud owner of a new whip, took to his Instagram page to share a photo of the white Lexus SUV he got from a fan.