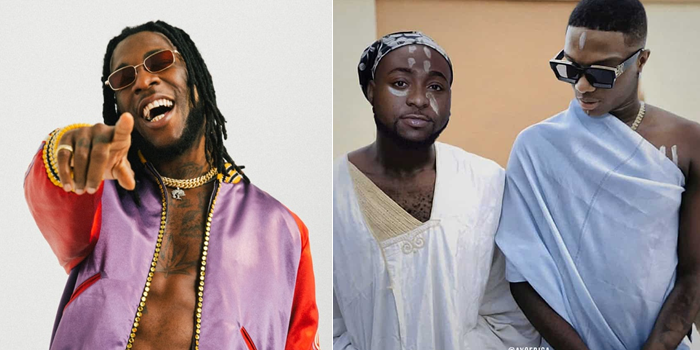 Recall that earlier today, Davido took to his social media pages to post a photo with Wizkid and tagged it; “The 2 greatest of all time ! No 🧢” .

Few hours after his post, Burna Boy wrote on Snapchat;

Burna Boy and Davido are now currently trending on Twitter Naija and people have been reacting to the shade which they say is for Davido.

According to some people, the post implies that Davido cannot sing and everyone knows it, but that his dad bought the music industry.

In other news, Davido, recently took to his Instastory to reveal how he lost his virginity and how one of his long time wing-men, Special Spesh spearheaded the move.

The singer made this known while reacting to a tweet which asked people if they could contact the person that got them deflowered.