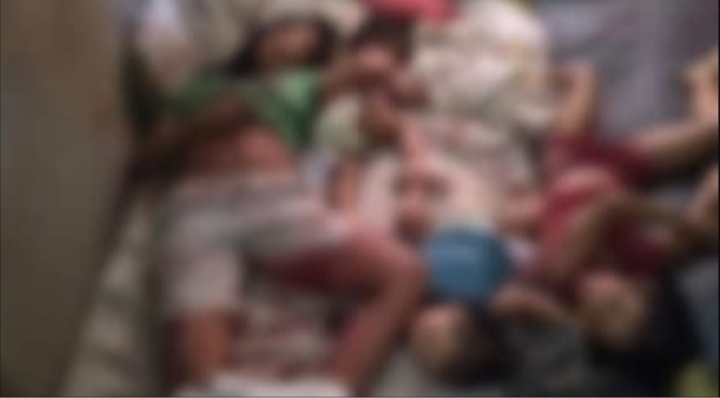 PHOTOS: New mom stabs her 3 kids to death then stabs herself but survives

Police in Basud have arrested a nursing mother for stabbing her three kids to death.

WITHIN NIGERIA learnt that the 28-year-old mother who hails from Basud in Camarines Norte, Philippines, hacked her children, ages 5, 1 year/8 months old and 4 months old to death at their home.

According to the police, the mother tried to commit suicide but survived it and she is still confined to a hospital after the attempted suicide.

Police said that “the mother admitted to the crime thinking she was infected with the deadly Covid-19.”

Basud Police thinks that the suspect could be suffering Postpartum Depression.

The husband of the suspect and her other relatives are very determined to press charges against her.

Three counts of parricide were filed by the Philippine National Police against the mother.

In a related story, WITHIN NIGERIA reported that tragedy as a 24-year-old Kenyan woman identified as Winfred Nduku allegedly stabbed her two children, aged 2 and 6 to death before attempting suicide after a fight with her own mother.