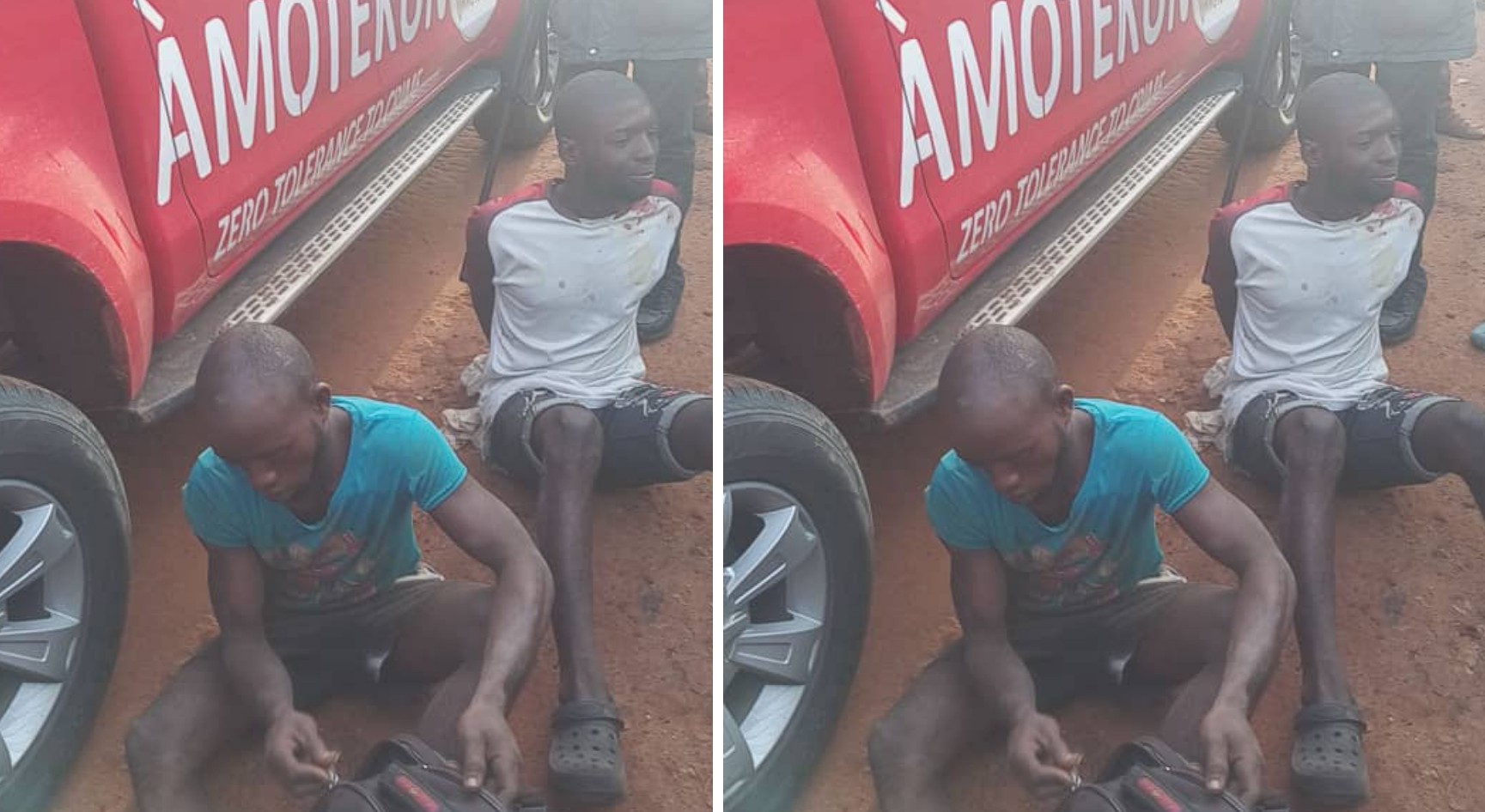 The suspects were said to have been nabbed by Amotekun corps after they had bugled a house at Kajola Ajaba in Ila Local Government Area of the state.

They had already succeeded in stealing pants belonging to five different women before the duo was nabbed.

However, the suspects refused to confess the purpose for which the stolen pants were meant or the person who sent them.

Apart from the pants, a small ax was also recovered from the burglar.

Toyib, who claimed to be a welder said Friday is an apprentice under him but denied being party to the illegal act.

As at the time of filing this report, the Corps Director-General, Amitolu Shittu said the suspects had been handed over to the police in the area.

Meanwhile, the traditional ruler of the area, Alajaba of Kajola Ajaba, has called for a thorough investigation in the matter with a view to bringing the suspects to justice and curb others from getting involved in such acts.