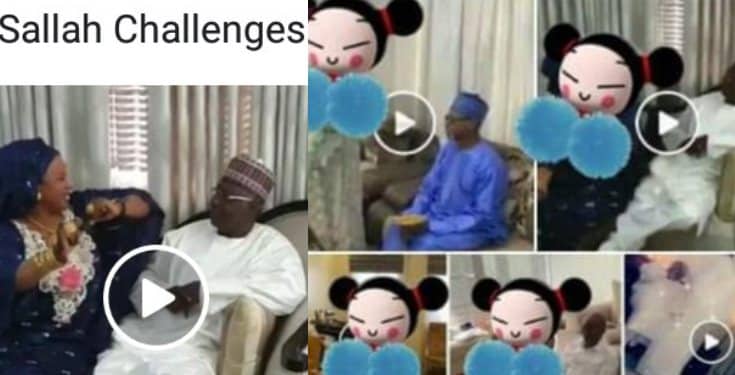 A Nigerian man has reportedly ended his marriage of 19 years because of his wife posted their video on social media as part of the trending ‘Dancing For Husbands‘ challenge which gained popularity among Northern wives.

Over the Eid Mubarak holiday, Arewa women engaged in a challenge which involves dancing for their husbands and sharing the video with the hashtag #DancingForHusbandsChallenge.

The challenge has provided beautiful content that was enjoyed by social media users. However, a Facebook user identified as Sanusi Bature took to the platform to reveal that one of the women who engaged in the challenge has been divorced by her husband.

The woman is his only wife and they’ve been married for 19 years but he allegedly divorced her for sharing an intimate family video online.

“I just realized that one of my former bosses divorced his wife for releasing to the public, the #Dancingforhusbands challenge last night. The most unfortunate thing, it’s a marriage of 19 years with 3 kids, she has been the only wife in the house.”