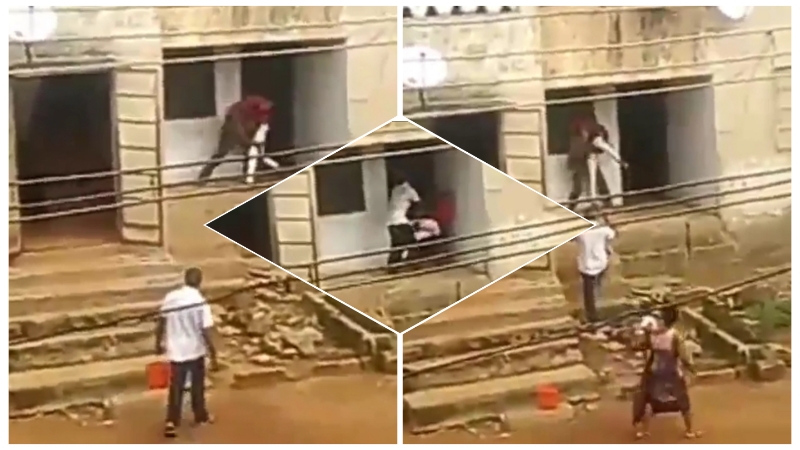 VIDEO: Boy engages in physical fight with his father for not giving him money for food

Video of a boy who got into a physical fight with his father over money issues in Abia has surfaced online.

The boy simply identified as Abuchi can be seen in the video fighting his father in front of their home while onlookers watch the sad incident.

As the fight between the father and son continued, some voices can be heard background warning the boy to desist from fighting his father.

One of the onlookers got involved and tried to separate the fight and later pushed the father and son inside the house.

WITHIN NIGERIA learnt that the son was angry and decided to fight his father because he has been given money for food ever since the lockdown started.