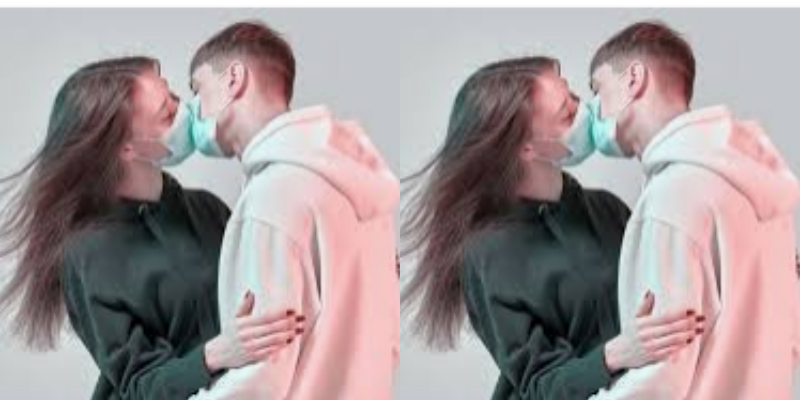 People around in US are throwing caution to the wind and secretly breaking quarantine to have s.e.x after spending weeks home alone amid the coronavirus pandemic.

With public health experts warning against coming into contact with anyone outside of your household, many singles have turned to virtual dates during the global crisis. But with no end in sight, some rule-breakers have decided that being alone without any physical human contact has become too much to bear.

Sarah, 26, New York City, told DailyMail.com that she broke quarantine to go on a date with a guy she had been talking to and ended up having s.e.x with him — a choice she doesn’t regret.

‘I reached a point two or so weeks ago where I just couldn’t keep playing the “what if” game,’ she said, explaining that she was constantly wondering what would happen if they ‘weren’t in quarantine’ or if she ‘decided to be a rebel and go on a date.’

Sarah said she and her beau were chatting ‘pretty consistently throughout quarantine’ after their scheduled date got canceled when the city went into lockdown.

‘We actually ended up going for a socially-distanced date around a month ago,’ she admitted. ‘It was pretty clear to me that he had been taking all the necessary precautions, and I felt complete confidence in him when he said that he hadn’t had any symptoms. So I thought, why not?

‘We went for another date a couple of weeks ago, one thing led to another and I invited him back to my apartment for drinks… which turned into s.e.x.’

‘Since then the s.e.x has been pretty regular, and I don’t have any regrets,’ she added. ‘I was going stir crazy living by myself and this has proven to be a perfect antidote.’

Alex, 30, from New Jersey, had a similar story, though he broke quarantine to continue a relationship rather than start one.

‘I’d been seeing one girl for about a month before we all had to go into lockdown, and we were kind of reaching the stage where things were getting more serious,’ he told DailyMail.com.

‘Quarantine was kind of a buzzkill when it came to the passion and romance, and things started to die out a bit, to be honest.’

When he reached out to her one more time to see if ‘there was anything else really there,’ she asked if they could meet up.

‘She ended up coming over and… yeah,’ he said. ‘Honestly, I didn’t even think to ask whether or not she’d had any symptoms, but I trust her. She seems responsible, and it was fun.’

It’s not just people from the Tri-State area who are taking risks. Julian, 41, from Austin told The Cut that he has continued to sleep with four different people that he had relationships with before the pandemic.

‘You can still communicate with people through phone and video chat, but it’s like the old Coca-Cola slogan — “you can’t beat the real thing,”‘ he said.

Julian shared that he has s.e.x a few times a week and typically has his hookups come meet him at his home.

‘As an intelligent adult who pays attention and uses common sense, I’m not going to let the government decide what I can and cannot do,’ he said.

Maggie, a 20-something in New York, told The Cut that she dutifully followed the rules for a month before she cracked and invited a guy over.

‘I’d already been flirting with the idea,’ she admitted. ‘A couple of my single friends started to have s.e.x, and it definitely normalized it for me.’