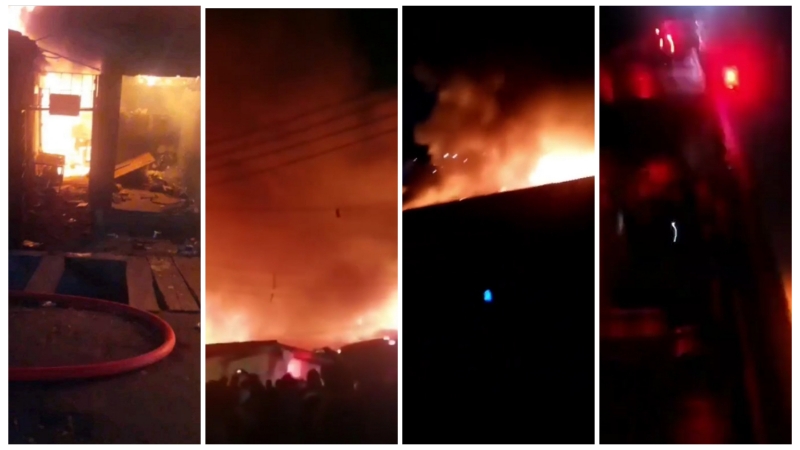 Videos from the fire incident which reportedly gutted some shops at Olaleye market in Somolu, Lagos state have surfaced online.

This is coming barely two months after fire reportedly gutted some shops at Ebute Ero market in Idumota, Lagos Island.

WITHIN NIGERIA learnt that the fire which was massive broke out in the market in the early hours of today, May 30.

According to report, the fire outbreak started at about 3am which has left many traders whose shops were burnt wailing and lamenting about their sad loss.

In these videos shared by social media users which were obtained by WITHIN NIGERIA, sympathisers can be seen lamenting the loss of traders while they make attempts to quench the burning fire.

As at the time of reportage, the cause of the fire is still unknown.

The raging fire is said to have affected buildings close to the station.