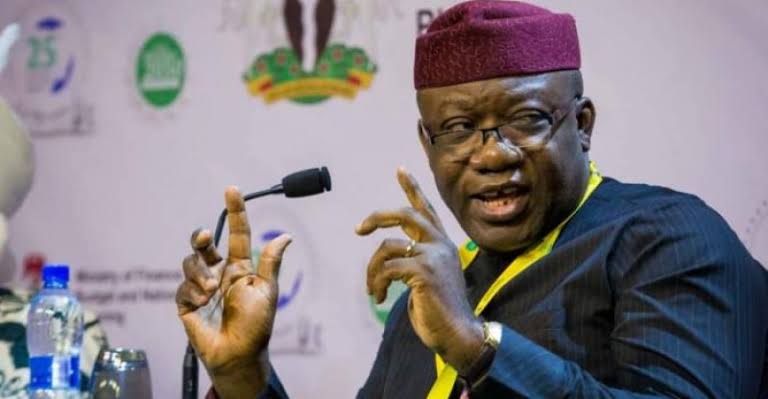 The Governor of Ekiti State, Dr. Kayode Fayemi on Sunday relaxed the lockdown in the state with residents now to pursue their businesses Mondays through Fridays from 6am to 8pm.

Fayemi who disclosed this in a state-wide broadcast Sunday evening, added that public officers on Grade Level 8 and above are to resume for duty while those on Grade Level 7 and below are to remain at home till further notice.

The governor stated that the new directives take effect from Monday June 1, adding that consultations are underway to reopen religious worship centres, schools and big markets in the state.

He also stressed that the dusk-to-dawn curfew will resume daily at 8pm and will last till 5.59 am of the following morning.

The Governor also announced that the state’s molecular laboratory will be commissioned on Monday to facilitate testing for covid-19.

Fayemi urged residents to give maximum support to the medical experts conducting the tests as modalities have been devised to ensure a seamless exercise.

He said: “I therefore urge you to willingly submit yourselves for testing when the officials get to your neighborhood.

“This also provides an opportunity for those who might have had symptoms associated with COVID-19 to freely come out for testing at no cost to them.”

The Governor in the broadcast also reiterated his earlier order that all Ekiti boundaries will remain on complete lockdown daily pending further review at national level.

Speaking on likelihood of resumption of public worship, Fayemi promised that religious centres will reopen “very soon” revealing that a committee will be engaging with religious organisations to fashion out a workable protocol.

The workable protocol, he said, will enable religious houses to reopen very soon without jeopardising the lives and health of worshippers.

On the fate of schools in Ekiti, the Governor explained that efforts to reopen them are also ongoing “as the committee set up to appraise the protocols, resources, conditions and modalities for reopening has concluded its work.”

The Governor also said government is considering reopening major markets to permanent shop owners, after the outcome of the engagement process that is ongoing on the relocation of roadside traders to available alternatives.

The reopening of the major markets, the Governor said further, will be subject to compliance with specific conditions and protocols that are being determined.

On when the state will be totally opened up its economy, Fayemi said: “Once the report of the random testing shows that we are safe generally, it would further give fillip to our confidence to fully open up our state and return to our normal way of life.”

He expressed delight that appreciable progress has been made in the fight against COVID-19 since the second wave of lockdown a month ago, partly in consonance with national strategy to ban interstate movement, which makes review of existing regulations necessary.

Fayemi disclosed that Ekiti has so far recorded 20 cases in all with 16 of the patients successfully treated and discharged with only two active cases left at the State Isolation Centre while two cases were lost.

He added that about 300 contact tracing were done with over 200 persons tested so far in the state.

He also appreciated the Coalition Against COVID-19 (CACOVID) led by Alhaji Aliko Dangote for its contribution donation and the Dr Chikwe Ihekweazu-led National Centre for Disease.