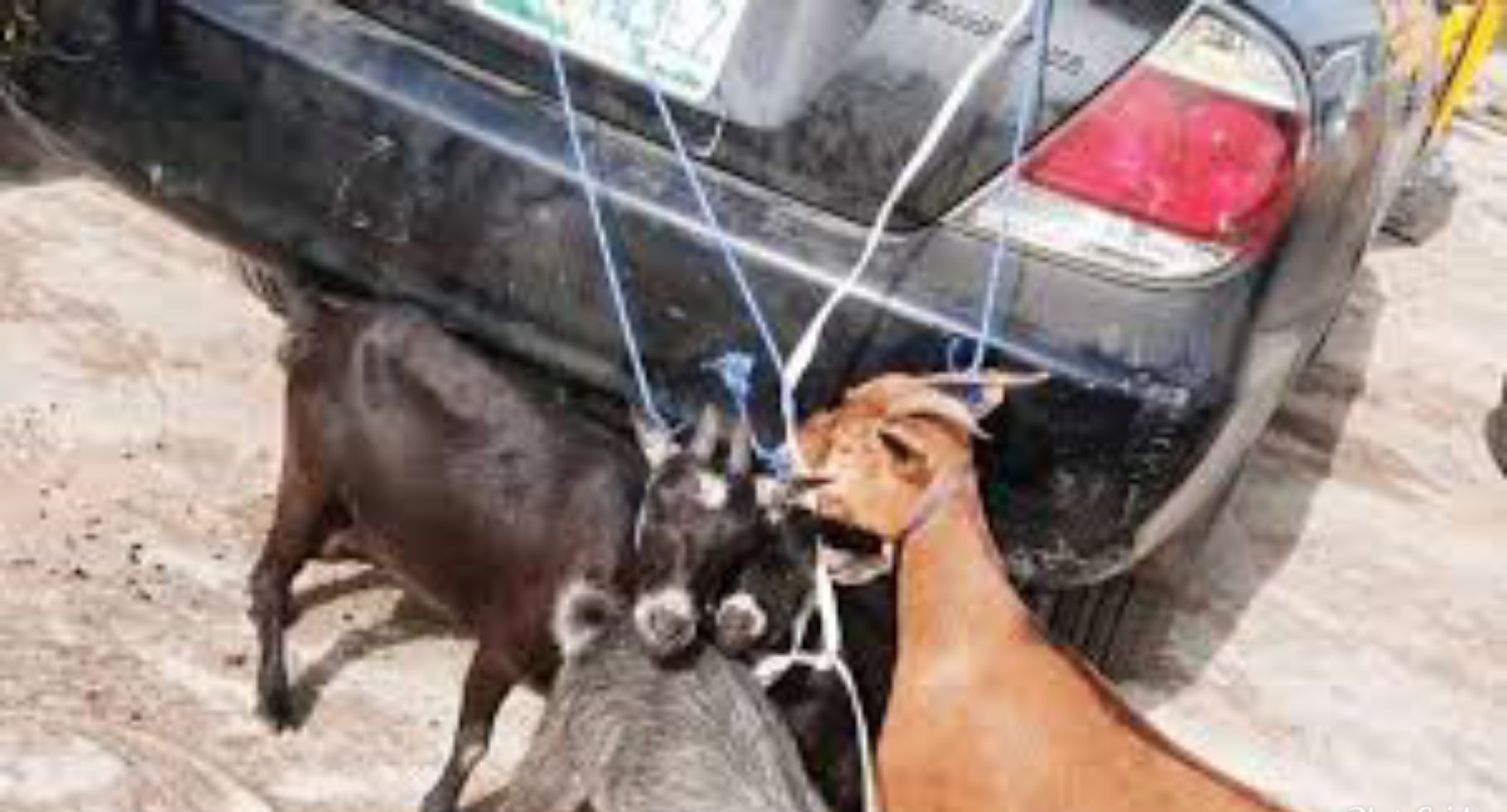 The operatives of the Lagos State Environmental and Special Offences (Enforcement) Unit popularly called taskforce on Tuesday recovered four suspected stolen goats inside a vehicle abandoned by its occupants for contravening the Lagos traffic law at Ikorodu.

According to the Enforcement Team leader, DSP Anthony Abutu, who recovered the goats, the team was on a security monitoring operation in Ikorodu when they intercepted a blue Toyota Camry (AAA 743 EZ) driving on the BRT corridor.

He added that the driver and his colleague immediately abandoned the vehicle on the road and ran away.

He said the action of the two men raised suspicion among the team, which led to a thorough search of the vehicle and four goats with mouths covered while food items were recovered from the boot of the car, indicating that the goats and other items in the car were stolen.

According to the agency’s spokesman, Taofiq Adebayo, “the agency has called on members of the public, particularly those residing around Ikorodu axis whose goats are missing or suspected stolen to report to the agency at Bolade, Oshodi for collection of the recovered loot.