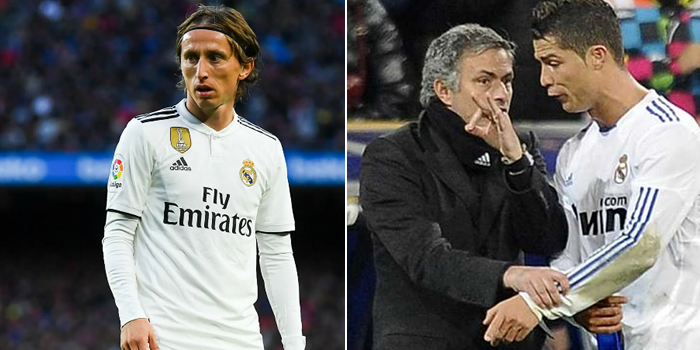 The Croatian international also said that both Mourinho and Ronaldo nearly engaged in a real physical fight.

Modric and Ronaldo were teammates together at Real Madrid for six years.

The pair played under Mourinho at the Los Blancos, before Ronaldo left the La Liga giants in 2018 for Juventus.

“I was surprised by Mourinho’s reaction. We were winning 2-0 in the Copa del Rey,” Modric wrote in his biography ‘My Game’.

“Ronaldo did not chase the rivals on his throw-in, and Jose was furious with Cristiano.”

How my four-year-old daughter was abducted from school, sold for N2m,…

“The two fought for a long time on the field. After returning to the locker room at half-time, I saw Ronaldo desperate, on the verge of tears.”

“He said, ‘I do my best, and he continues to criticize me.’

“Mourinho came in and began to criticize the Portuguese for his responsibility during the game.”

“They became so hot that only the intervention of the teammates avoided a real fight between them.”