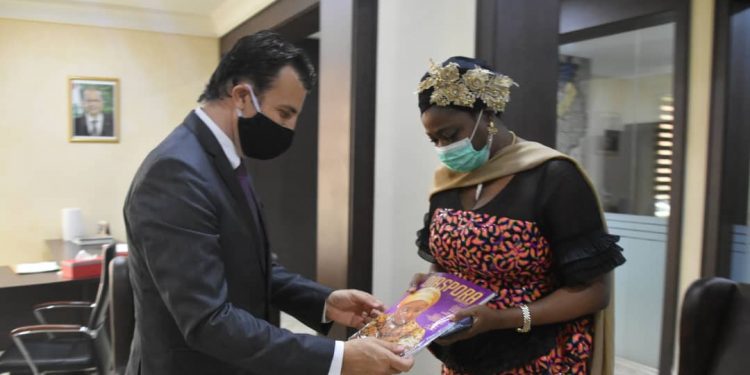 The Lebanese Embassy has announced the suspension of working Visas to Nigerians.

The decision was taken after the Lebanon government rescued 69 workers out of 79 who were being maltreated in their work stations.

In a statement signed by Abdur-Rahman Balogun, Head, Media and Public Relations Unit, NIDCOM Abuja, the embassy disclosed that the suspension of Visas was implemented following the video of Peace Busari, a Nigerian lady, auctioned by a non-Lebanese person on Social media.

The statement read in part: “Sequel to influx of some Nigerians to Lebanon to work, Amb. Houssam Diab, the Lebanese Ambassador to Nigeria announced that the Embassy has suspended issuing working visas to Nigerians seeking domestic work in Lebanon.

“He told the Chairman/CEO of Nigerians in Diaspora Commission (NIDCOM) Hon. Abike Dabiri-Erewa in his Abuja office that the mission had suspended the issuance since May 1.

“The Ambassador clarified that the Embassy and the Lebanese community paid over $150,000 USD to evacuate the 69 Nigerians and also paid for their 14 days quarantine.

“The Lebanese government in conjunction with the Lebanese community in Nigeria returned 69 out of 79 Nigerians allegedly stranded and abused by their bosses back home.”

According to him, the Nigerians were were not trafficked nor went to Lebanon illegally but were abused by their employers who also breached the working agreement in the country and did not have money to bring them back.

The Ambassador, however, added that some of the Nigerian workers refused the offer to come back to Nigeria despite their challenges and preferred to change their work place.