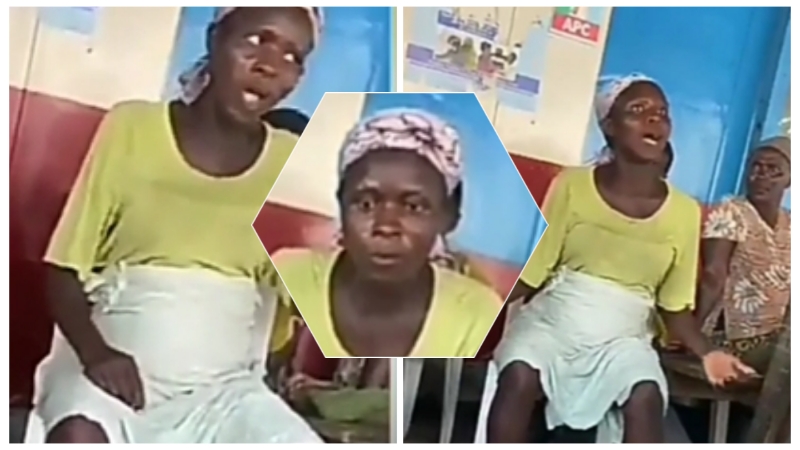 VIDEO: Woman who beat up her 2-year-old and called her prostitute after being raped found

WITHIN NIGERIA learnt that the some concerned Nigerians visited the woman to correct her notions and positions on the incident but the woman seemed unrepentant and acted aggressively towards the people who visited her to discuss her daughter’s wellbeing.

The mother of the 2-year-old rape victim told her guests that she is educated and made it clear that she does not appreciate their interference.

It was also learnt that the concerned Nigerians made attempts to take the kids especially the 2-year-old girl from the woman but she did not allow them to take the kids.

According to report, the kids were taken to the police station because no one was willing to take the children of the woman in.

The good Samaritan who made the rape victim’s plight go viral said the children might have to be returned to their mother since the police can’t keep them indefinitely.

However, the alleged rapist identified as Baba Kekere is on the run and several attempts have been made to find him.

According to Abiodun who shared the story, Baba Kekere has raped the 2-year-old girl on multiple occasions.

Abiodun said the girl’s mother is aware and has done nothing to the rapist rather she blames her daughter for always going to meet him.

The video of the mother beating her daughter expose the abuse after she woke up at night to wash clothes and found Baba Kekere raping her.