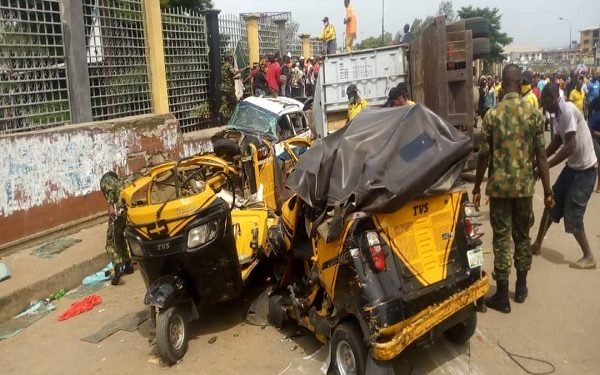 No fewer than five people have been confirmed dead in a ghastly motor accident at Upper-Iweka in Onitsha Anambra state.

WITHIN NIGERIA learnt that many others reportedly sustained degrees of injury in the incident which involved a Mack-trailer loaded of goods.

According to report, many people were still trapped under the vehicle.

“The Acting Unit Commander Onitsha has contacted Julius Berger for their crane.”

In a related story, WITHIN NIGERIA reported that one person died on Saturday while nine others sustained injuries in a fatal accident involving two buses.