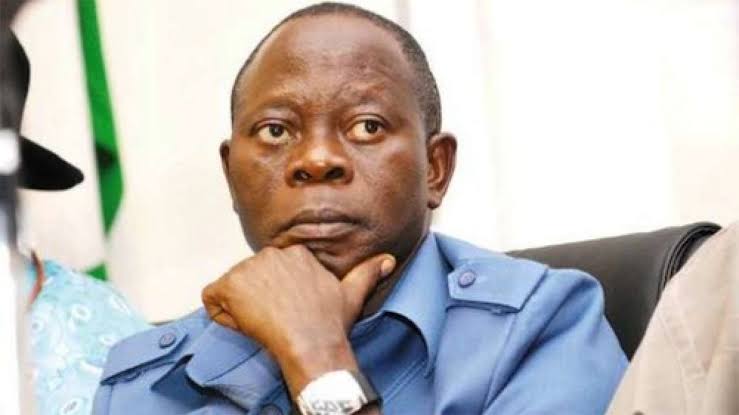 The Court of Appeal in Abuja has upheld the suspension of Adams Oshiomhole as the National Chairman of the All Progressives Congress (APC).

An FCT High Court had on March 4 granted an application by six members of the APC in Edo State suspending Oshiomhole from office.

A three member panel of justices led by the President of the Court of Appeal, Justice Monica Dongban-Mensem held that Oshiomhole’s appeal challenging his suspension was unmeritorious.

This is coming on the same day Governor Godwin Obaseki of Edo State resigned his membership of the APC, after meeting with Prof. Ibrahim Gambari, the Chief of Staff (CoS) to President Muhammadu Buhari at the Villa.

Obaseki had met with Gambari over his disqualification from participating in the primary of the APC. Obaseki was disqualified by the screening committee of the APC on Friday.

His disqualification was said to be due to discrepancies in his results. Obaseki and his predecessor, Oshiomhole have been at loggerheads over the governor’s second term bid and other issues.

The feud between Obaseki and Oshiomhole has polarised the party in Edo State. Obaseki asked Oshiomhole to recuse himself from the nomination processes of the primary but the party did not act on his request.

The faction loyal to Oshiomhole endorsed Pastor Osagie Ize-Iyamu as its consensus candidate for the June 22 governorship primary election of the party.

The Peoples Democratic Party, PDP has expressed willingness to accept Obaseki if he decides to join the party but said he won’t get automatic ticket to run for a second term.