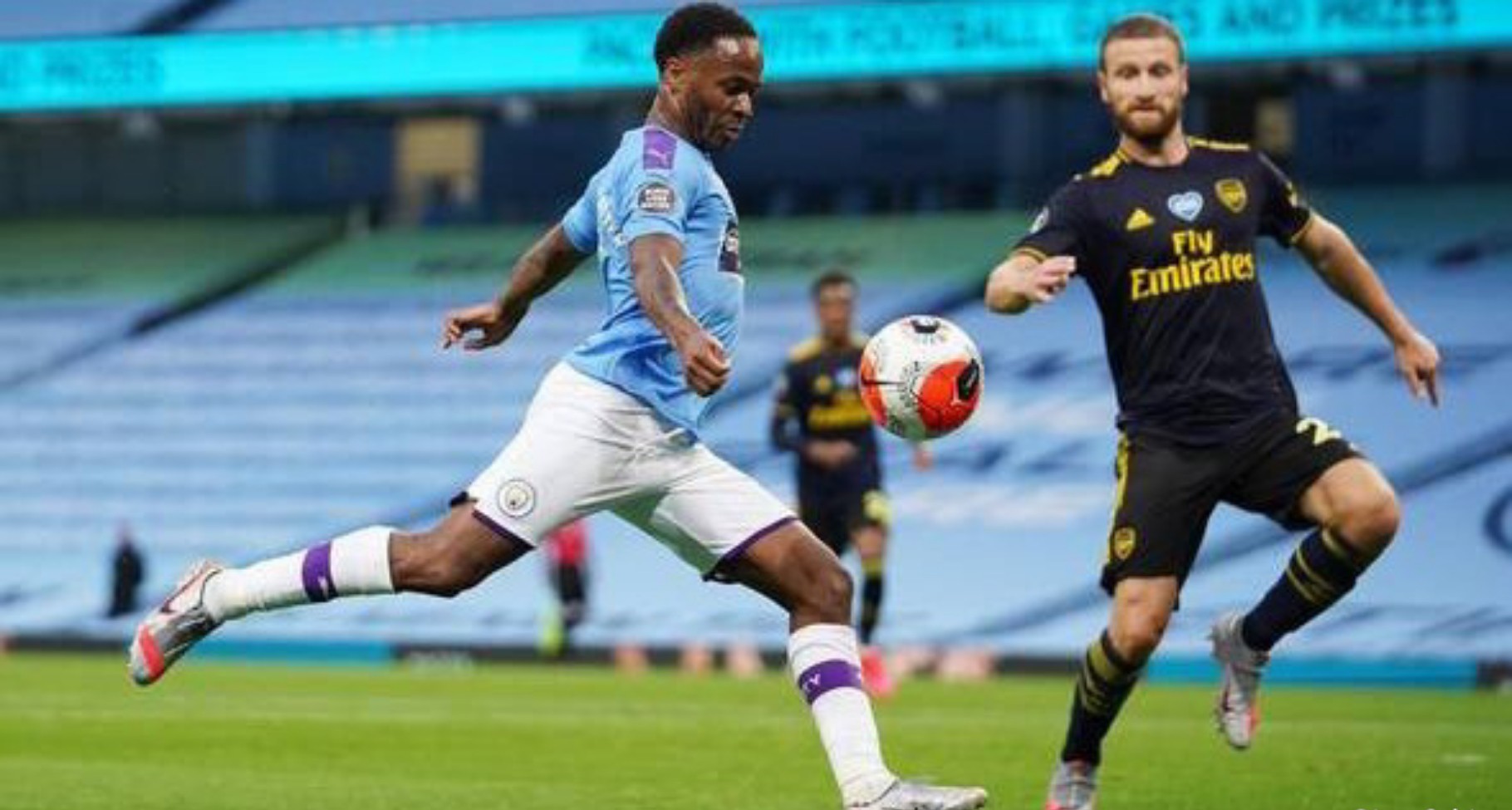 Raheem Sterling, Kevin De Bruyne and Phil Foden were on target as Manchester City impressed on their Premier League restart with a convincing 3-0 win over 10-man Arsenal at a wet Etihad Stadium.

It was an unhappy return for former City assistant and now Arsenal boss Mikel Arteta, whose positive test for Coronavirus led to the postponement of this fixture and decisively moved the Premier League towards suspension in March.

Perhaps it was the three-month hiatus that accounted for David Luiz’s forgettable evening, his woeful misjudgement allowing Sterling to score his first goal just before the break.

The Brazil defender then saw red for fouling Riyad Mahrez after poor defending, with De Bruyne converting the 51st-minute penalty.

City’s only worry was when Eric Garcia was taken away on a stretcher after an ugly collision with team-mate Ederson, before Foden rounded out the win in the first of 11 additional minutes.

After a minute’s silence was observed, players from both sides took a knee in solidarity with the Black Lives Matter movement shortly before kick-off.

Bernd Leno tipped a 20-yard De Bruyne free-kick over the top in a pedestrian opening in which Arsenal lost Granit Xhaka and Pablo Mari to injury, with the hapless David Luiz replacing the latter.

City found their groove, though, and Sterling cut in from the left to test Leno, who brilliantly denied David Silva after another slick move by the hosts.

Sterling was then guilty of wastefulness when trying to scoop a close-range effort over Leno as Arsenal’s defence became stretched.

But it was third time lucky for Sterling on the stroke of half-time. David Luiz made a complete hash of De Bruyne’s throughball and the England forward rifled across Leno on the half-volley.

David Luiz’s nightmare continued in the second half when he dragged down Riyad Mahrez and was shown a straight red.

City’s victory closes the gap on Liverpool at the top to 22 points and means the Reds cannot secure the title when they face Everton in the Merseyside derby on Sunday.