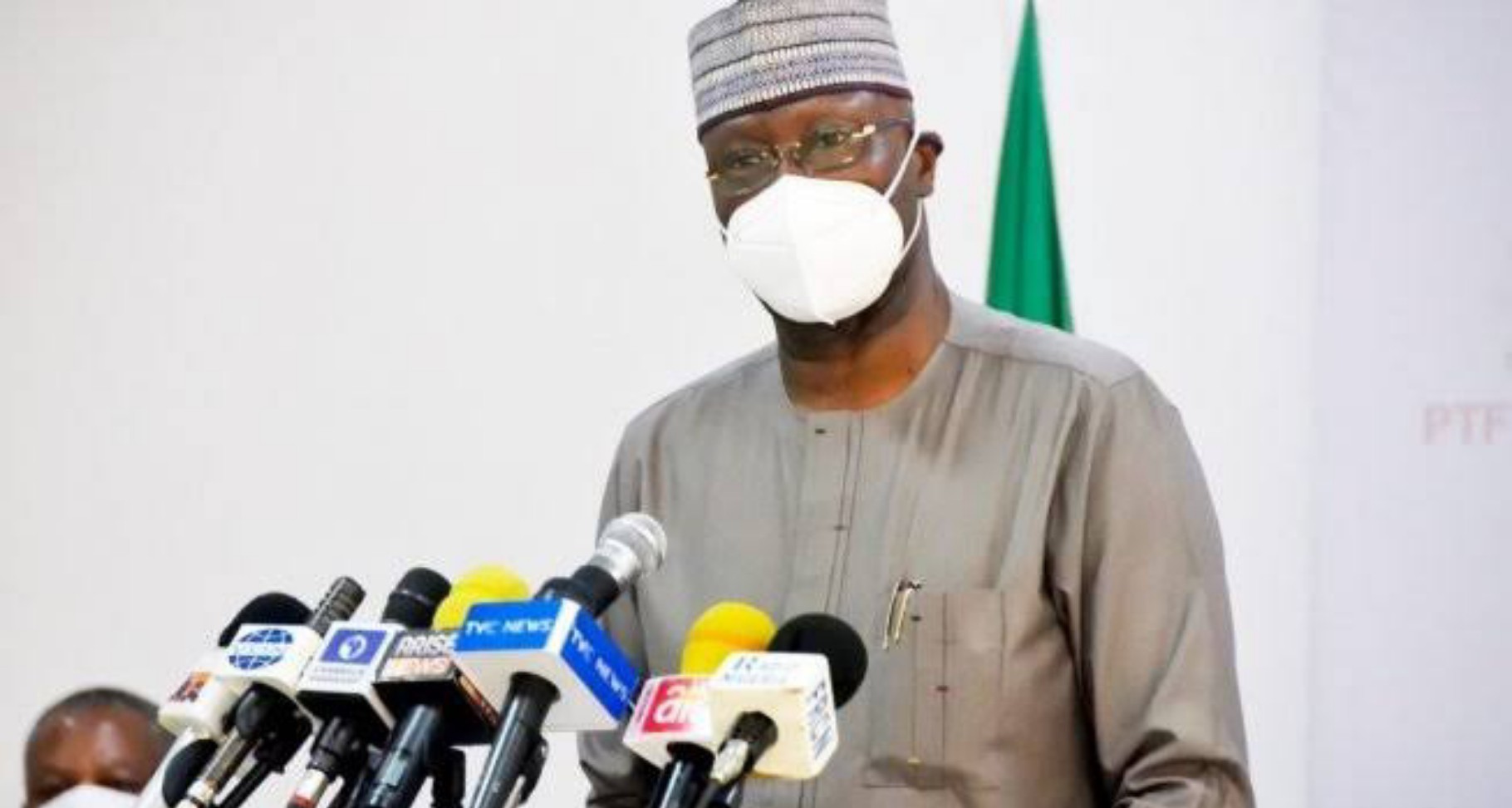 80% of infected persons not in isolation centres, says Fed Govt

As the Nation continues its fight against Coronavirus, the Federal Government on Thursday has urged Nigerians to prepare for difficult days ahead as cases of Coronavirus infection increases on daily basis.

The federal government also decried that 80 percent of infected persons were not in isolation centres.

According to the government, the effect of increased transmission of the dreaded disease would seen in three weeks through increased death figures as a result of the pandemic.

It added that the risk of infection is now higher.

The Chairman of the Presidential Task Force on Covid-19 and Secretary to the Government of the Federation, Boss Mustapha, told reporters in Abuja that Nigeria is not out of the woods yet.

Mustapha said that Nigerians must cooperate with government to tackle the challenge of resistance to change.

He said: “When we started it was one (case) on the 27 of February. Today, we have a record number of over 17, 000 and it is still counting and the truth of this matter is that the adverse effects of these numbers will not be seen now until three weeks ahead. That is when you will begin to see the projections of the mortality

“Sometimes, when I am coming to the office in the morning I see people casually put their masks under their chin, that’s when they care to carry it and people go about their businesses as if there is nothing to dread.

“There are more difficult days ahead, there are harder times ahead as our figures begin to rise.

The SGF noted that 80 per cent of infected persons are not in isolation centres because of fear of stigmatisation.

He said the government is taking care of  only 20 per cent of patient who show up at isolation centres after developing critical symptoms.

Mustapha said: “You may care to know that almost 80 per cent of people that are infected are in no form of isolation centre or hospital. We are just caring for about 20 per cent that have decided to show up or provide themselves when they are critically ill for the management and care.

“Most people, one of the reasons they decide to avoid the isolation centres or don’t present themselves until it is late and complications begin to develop is because of this simple reason of being rejected and of being treated differently.

“My appeal to all of us as Nigerians is that there is no point stigmatising anybody because he is infected with coronavirus. It is a disease that has defiled boundaries, the high and mighty are afflicted, the low and downtrodden are afflicted, the rich are afflicted, and the poor are afflicted. It has no respect for anybody either gender, creed or nationality.”

“There is resurgence of a second wave in countries like China and the USA and this should put all of us on alert, knowing that this virus can only be eliminated if we agree to play our part.

“This call becomes more pertinent as we go fully into the rainy season that ordinarily brings with it cold, catarrh and other COVID-19 mimicking illnesses. Our call to take personal responsibility cannot be more strident than now”, he said.

While recalling the terms of reference given to the committee, Mustapha enumerated some of what he called the modest achievements it has recorded within the period.

He said “there has, no doubt, been some modest achievements, challenges and lessons learned over the past three months. The COVID-19 is certainly the greatest invisible public health emergency that has threatened humanity in modern history.

Warning that the risk of contacting the virus is higher than before, Mustapha said: “There’s no doubt that a lot of community transmission is happening and it continues to increase across the states.

“Now, more than ever before. If you go out, you are more likely to get COVID-19 than before. Your risk of acquiring COVID-19, because of the numbers we have now is more than three, four weeks ago when we had the lockdown. So there isn’t any room for relaxation at this point.

“The reason why we had to relax the lockdown was in order to sustain the livelihoods of Nigerians, particularly those who depend on daily income for survival, as well as to sustain our economy, it wasn’t because the COVID-19 is gone, or because we should be more relaxed in terms of our prevention measures”.

Mustapha said wearing of nosemasks was not optional, but mandatory, adding that wearing nosemasks must be done properly.