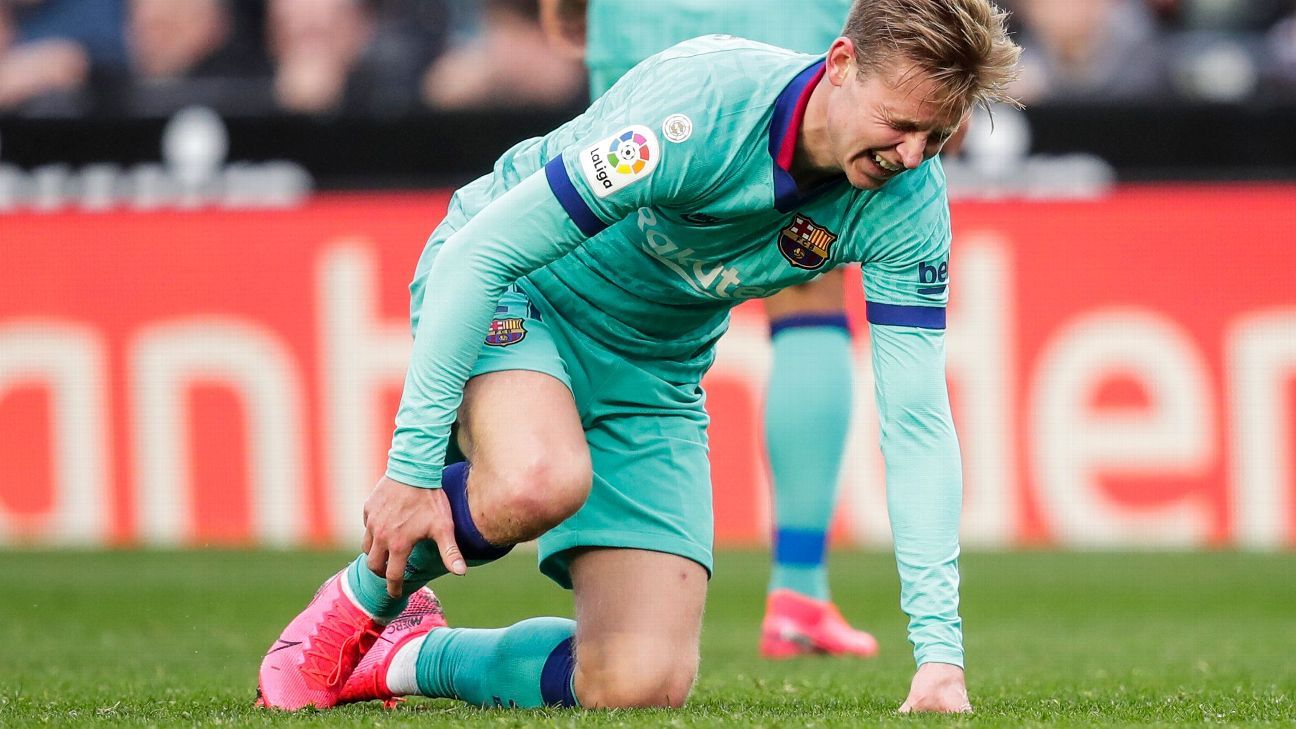 Barcelona have confirmed that Frenkie de Jong will be out for a period after suffering an injury to his right calf.

The 23-year-old has missed Barcelona’s last two games, having last played in their 4-0 win over Mallorca on June 13.
Sources have told ESPN that there is no timeline set for his return.

The Dutch international, who was signed after starring in Ajax’s charge to the Champions League semi-finals last season, has made 27 league appearances in a solid first campaign in Spain’s coronavirus-interrupted season.

The midfielder has played in 38 games for Barcelona this season after joining the club from Ajax for €75 million last year.

Barcelona are top of the league but Real Madrid are just three points behind and have a game in hand.

Should Madrid beat Real Sociedad on Sunday, they could leapfrog the Catalan club on points difference.

In the Champions League, Barcelona will face Napoli in the newly formatted tournament being held from Aug. 12-23.

De Jong is one of three players, alongside Lionel Messi and Marc ter Stegen, that Barcelona have committed to not selling or exchanging this summer.

Sources have told ESPN that Barca will only be able to use money from the sale of players to make other signings this summer.

Barca president Josep Maria Bartomeu has said the club would still be “capable” of landing the game’s best players, but he warned deals could be structured in a very different way after the crisis.