Access Bank responds to complaints about unscrupulous deductions from accounts

According to multiple reports on social media, over the weekend, Access Bank’s customers were debited repeatedly for stamp-duty charges.

Well, Access Bank in a recent statement via it social media handle has responded to the complaints.

The Bank in it statement via it Twitter handle wrote, “We have heard your feedback and we hope this goes a long way to make it better. Thank you for sticking with us” as it shared details of what happened.

Access Bank disclosed that it has considered it customer feedback and have decided to pay the Stamp Duty on behalf of its customers from February to April, which means all those whose accounts were debited will be refunded only for those period. 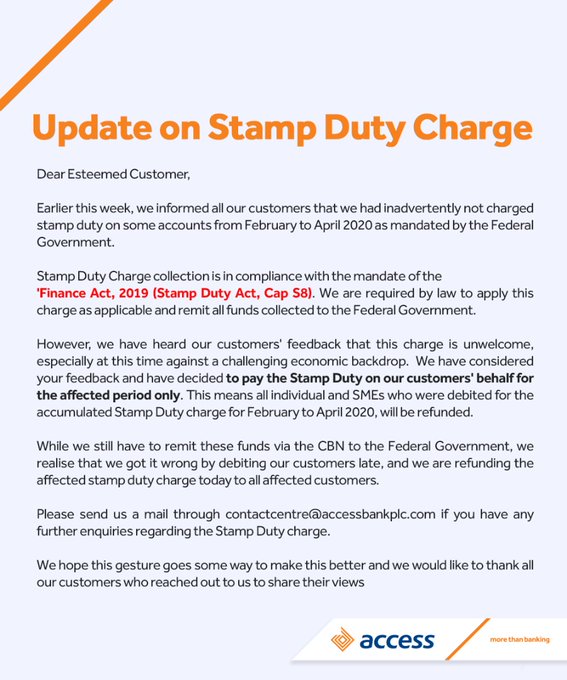 However Nigerians took to social media to slam the Nigerian commercial bank for its intentions, which it later changed.