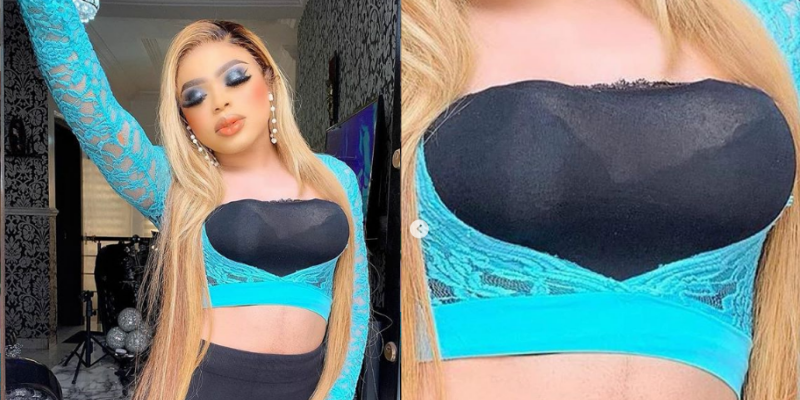 Nigerian cross dresser, Bobrisky has caused commotion and panic among Nigerians on social media after sharing a new photo of himself.

Within Nigeria recalls that the Yoruba born bleaching expert with real name; Idris Okuneye, Olorunwaje, popularly recently attended his father’s birthday dressed as a man, without any female accessories.

Bobrisky shared a new photo of himself with what appears like a REAL pair of breasts when zoomed.

See the photo below…

Nigerians have however taken to social media to react to the photo as many are confused as to how he manages to do it. While some believe it’s real, others insists it’s fake.

See some reactions below…

“Nope they are not, if not where did they go the day she went to celebrate her dad’s birthday? Abi she tie wraparound wrapper on top them?”

“If it does, where was it during this father’s birthday?”

“He forgot it on his dad’s birthday”

“Its called prosthetic breast, for those whose breasts are cut off due to breast Cancer.”