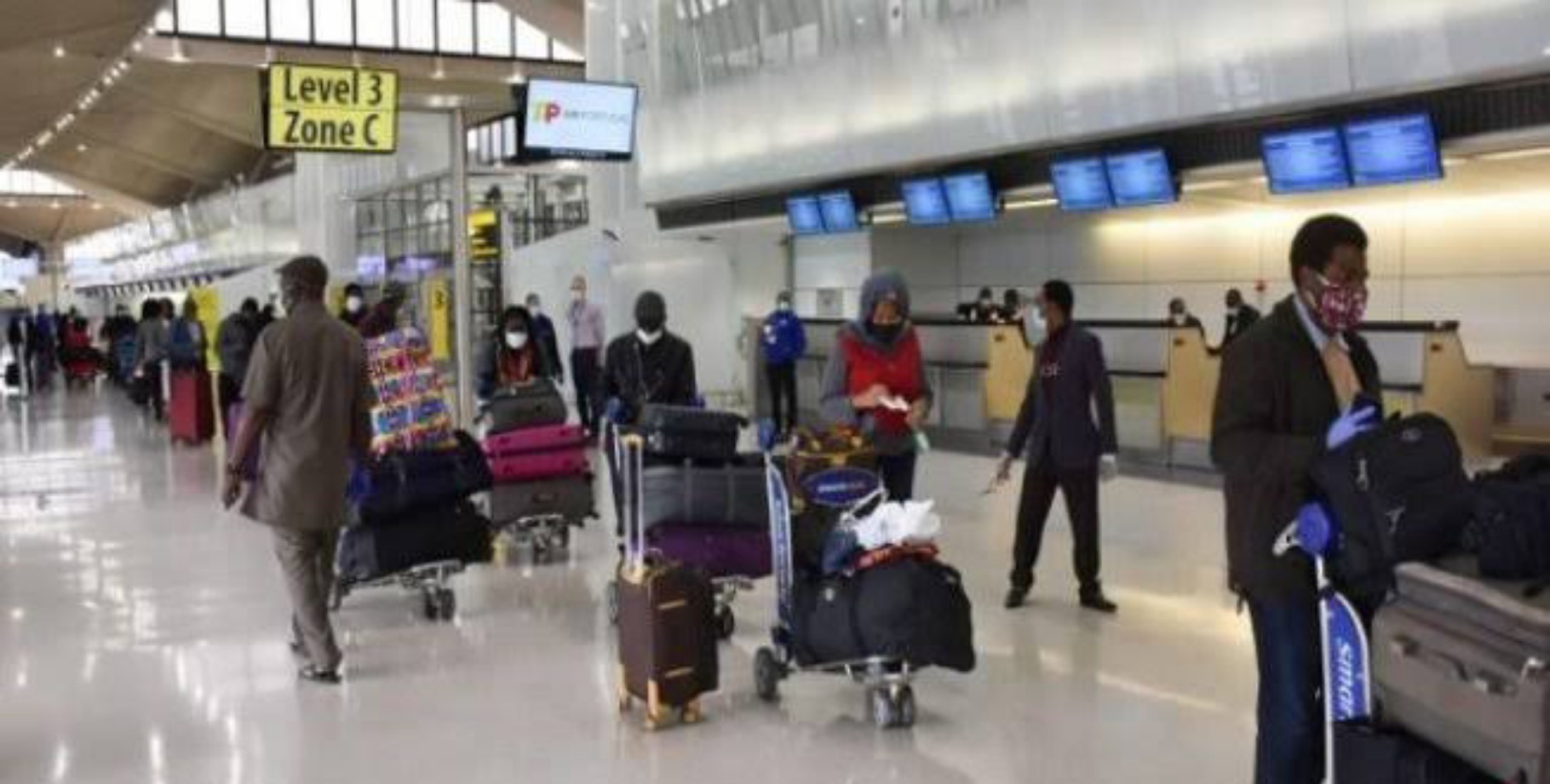 The Nigerians in Diaspora Commission (NiDCOM) says 172 Nigerian evacuated from Uganda and Kenya arrived at the Nnamdi Azikiwe International Airport, Abuja at about 10:20 am local time on Wednesday.

The commission disclosed this in a statement by Mr Gabriel Odu of its Media, Public Relations, and Protocol Unit.

He said that the evacuees arrived via @flyairpeace Flight B777-200 from Nairobi, the Kenyan capital.

According to him, some of the evacuees disembarked at the airport in Abuja while others proceeded to the Murtala Muhammed International Airport, Lagos.

“The exercise was put together by our Mission in Nairobi, Kenya in collaboration with the Mission in Kampala, Uganda.

“All evacuees tested negative to #COVID19 and will now proceed on 14 days self-isolation as mandated by @NCDCgov, @Fmohnigeria and PTF on #COVID-19,” he said.

In a related development, Air Peace at the weekend operated its maiden flight on the Lagos/London route. It was to demonstrate its capacity for long haul operations.

Spokesman of the carrier, Mr Stanley Olisa commended the government for the opportunity it was given to evacuate 327 Nigerians stranded in the United Kingdom.

Describing the operations as another window to demonstrate its capacity to fly into destination, the carrier deployed its Boeing 777 with registration number 5N- BWI, which departed Heathrow Airport London for Abuja and later proceeded to the Murtala Muhammed International Airport, Lagos.