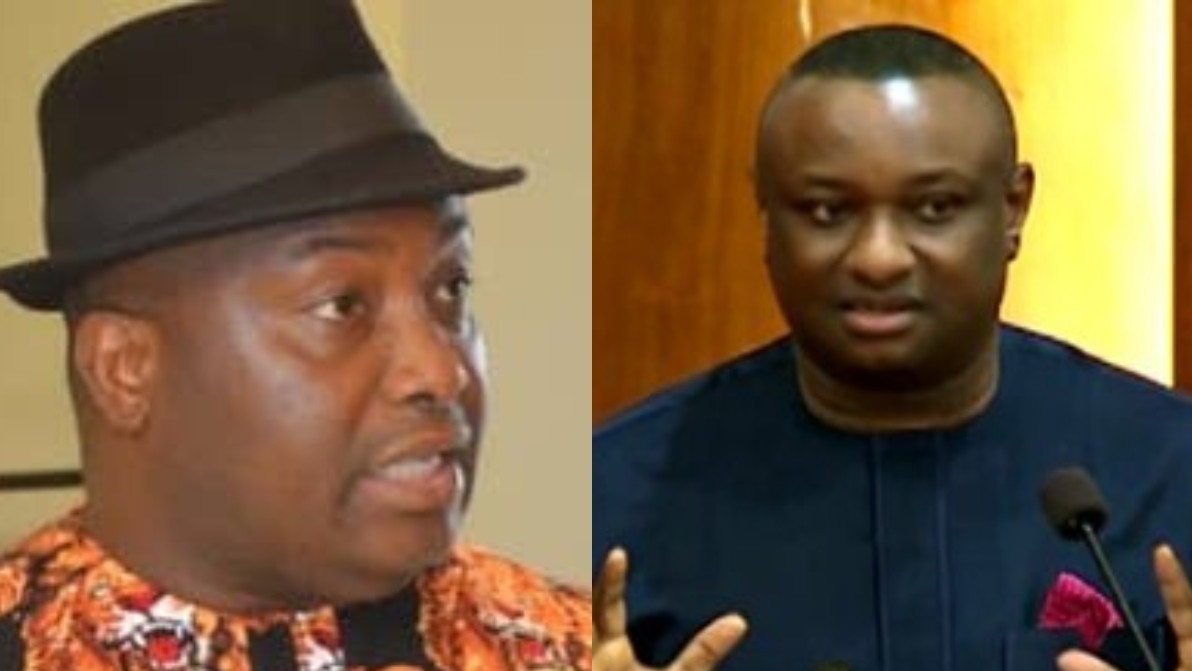 The senator representing Anambra South Senatorial District made the statement while reacting to the faceoff between Keyamo and lawmakers on Tuesday, June 30.

Senator Ifeanyi Ubah said that the Minister came to the national assembly to display rascality.

Ubah further stated that Keyamo is also not a “substantive Minister”.

“I can speak as a member of the senate committee on media that it is not a good thing for an appointee of the executive [to behave that way]. The duty of the legislature is to checkmate and at the same time to have an oversight of the executive.

“As a representative of my constituents, it is something worthwhile for us to request how the distribution of employment to Nigerians is handled by an appointee of the executive who is not even the substantive minister.

“I felt it is a very bad display of rascality. I don’t know what a senator will be doing with a job of N20,000 and N30,000, if not to make sure that it is given to people in the constituency. If those jobs are given to us it will be shared equally or percentage of it should be given to senators, we will take it back to the people we are representing.

“But giving it to people who will go and mortgage it and sell it or hand it to an agency that will market it is totally unacceptable to the Nigerian senate.

“I felt so bad that I was not there yesterday and I’m speaking as a senator representing Anambra south. Such rascality should be highly condemned by Nigerians.”