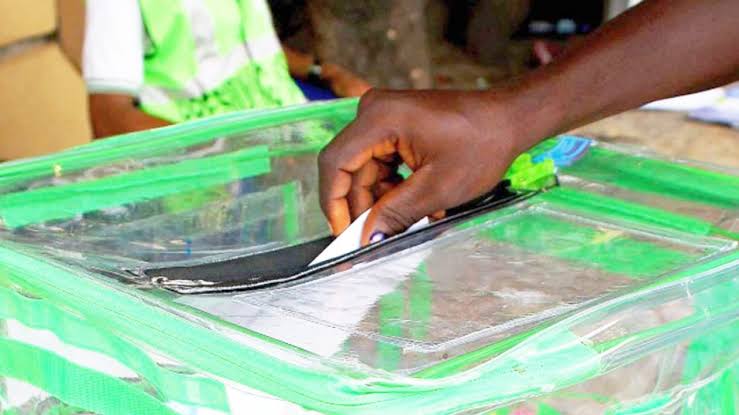 The trio of Governors Abdullahi Ganduje of Kano State, Hope Uzodinma of Imo State and Yahaya Bello of Kogi State as members of the campaign council to deliver Osagie Ize-Iyamu in Edo State were listed to detail the September 19 Edo State guber election, Peoples Democratic Party (PDP) has alleged.

The PDP in a statement signed by the National Publicity Secretary of the PDP said indeed the people of Edo State are already aware that the trio were selected by the APC to lead its campaign so as to force a combined formula of Kano and Kogi electoral violence as well as Imo state mandate robbery to subvert the will of the people of Edo State in the governorship election.

In the statement, The PDP described “as pathetic that the APC only has a person who has become a butt of international shame after being seen in a viral video stuffing his robe with gratification, in foreign currency, to serve as Chairman of its Edo state governorship campaign council.

“It is equally contemptuous that such a person is being deputized by another individual, who has become a metaphor of electoral manipulation, after being so docketed by a judgment of the Supreme Court.

“It is also disgusting that a governor who deployed a Police helicopter to scare voters on election day has been mandated to deploy thugs and dangerous weapons through the northern borderlines of Edo State ahead of the election.

“Part of APC’s plot is to import election mercenaries as observers to attempt to scare the people of Edo state, suppress them and steal their mandate.

“It is however not surprising that such is the drift of the APC campaign, given that it has neither messages nor plans for the people of Edo state, especially, with a candidate like Osagie Ize-Iyamu, who has also been declared by his former APC National Chairman, Adams Oshiomhole, as a person of questionable character, a fake pastor, treasury looter, rusticated student who is only fit for “night meetings” and should never be entrusted with the office of the governor of Edo State.

“Whereas our candidate, Governor Godwin Obaseki, enjoys the overwhelming support of the Edo people due to his enthusing track record of personal character and performance in office for which even APC leaders have praises for him, the APC candidate has nothing to present to the people.

“With its defective nomination process, an ailing campaign council and a dented governorship candidate, it is clear that the APC is not preparing for the issue-based and people-oriented campaign, but for process manipulation and ballot robbery.

“Our party, in the strongest terms, cautions the APC to note that the “Gandollar,” “Supreme Court Governor” and “helicopter shooting” formulas cannot work in this election as the people of Edo State have never been intimidated, suppressed, subjugated or overpowered by external political influences.

“The APC should also note that the people of Edo State will spare nothing within the law in firmly resisting any attempt by anybody to import violence or try to manipulate the Edo election in any way.

“With the people of Edo State on the side of Governor Obaseki and the PDP, the coast is already clear and any attempt by anybody to subvert the will of the people will surely be met very stiff resistance,” he said.