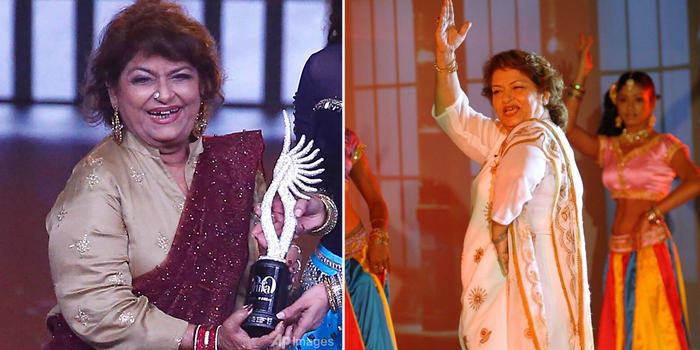 Saroj Khan, a top Bollywood choreographer, died of cardiac arrest in a Mumbai hospital early Friday (Jul 3), her family said. She was 71.

The three-time National Award winner was hospitalised last Saturday after she complained of breathlessness. She tested negative for COVID-19, the Press Trust of India news agency said.

Khan choreographed more than 2,000 songs in her career spanning more than 40 years. Leading actresses including Madhuri Dixit and Sridevi danced to some of the most popular songs Khan had produced.

Bollywood actor Akshay Kumar said she made dance look easy, almost like anybody can do it. “A huge loss for the industry,” Kumar tweeted.

Khan started her acting career at the age of three in a Bollywood film. She later shifted to choreography and got her break in 1974. She never looked back and created some of Bollywood’s most popular film songs.

She won acclaim for songs in movies like Mr India, Chandni, Beta, Tezaab’ and Gulab Gang.

Khan was buried in a Mumbai cemetery on Friday, her nephew Manish Jagwani told reporters.

She is survived by her husband and three children.