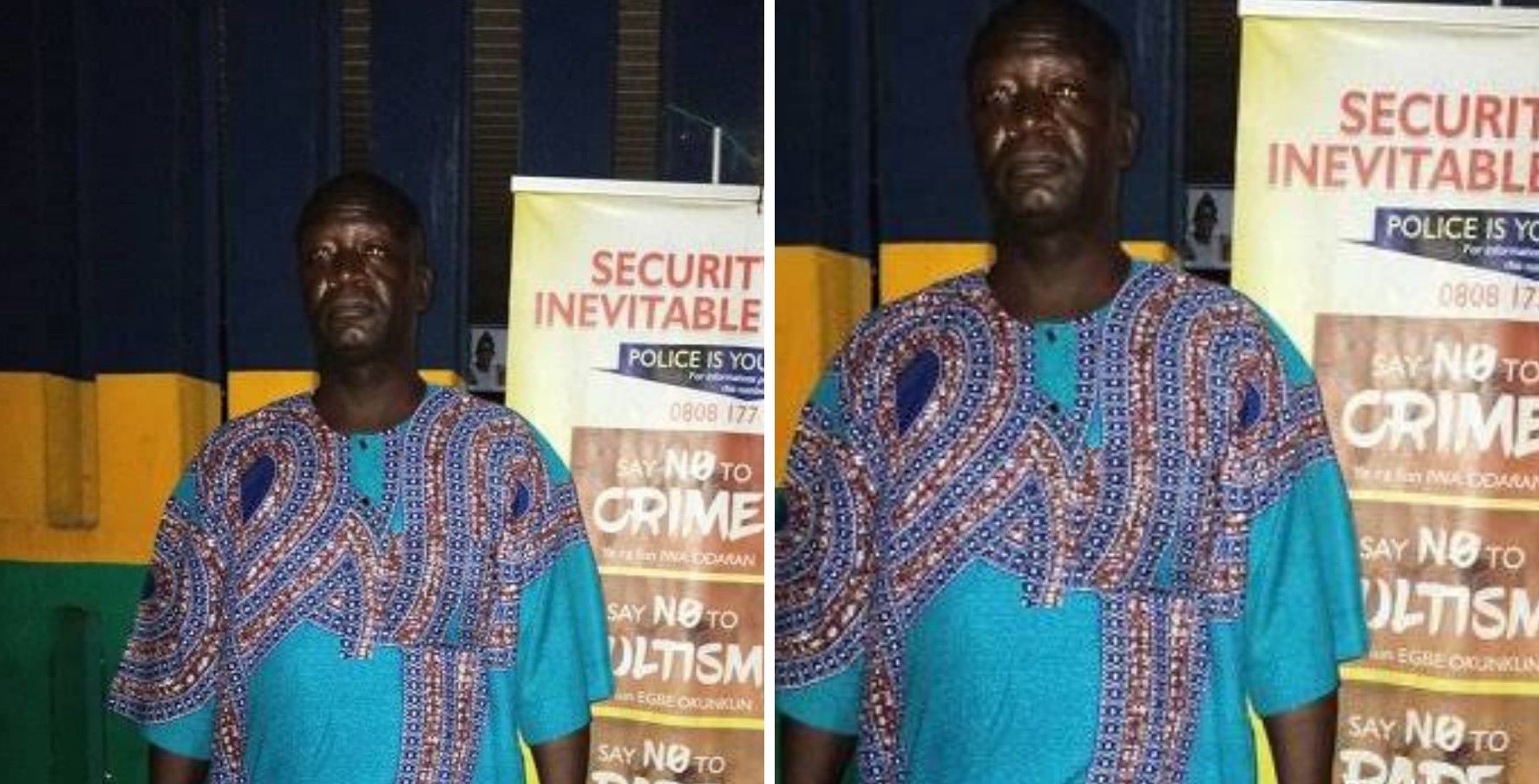 A 44-year-old pastor at Ogo Oluwa Parish of the Christ Apostolic Church in Owode-Egbado, Ogun State, Oluwafemi Oyebola, has been arrested by the police for allegedly raping his own biological daughter.

Oyebola was arrested following a complaint by his 24 – year-old daughter (Name withheld).

The girl reported at the Owode-Egbado divisional headquarters that her father has been forcefully having carnal knowledge of her since 2015 shortly after the demise of her mother.

She told the Police that she got pregnant for her father three times but he took her to a nurse where those pregnancies were terminated.

The distraught and pregnancy – weary daughter also told the Police after termination of the third pregnancy, the father did family planning for her so as not to get pregnant any longer.

But when it dawned on her that her father was all out to ruin her life, she ran away from home and reported her ordeals to an Non Governmental Organisation – Advocacy For Children And Vulnerable Persons Network.

The NGO eventually led her to the Owode-Egbado police station to report the alleged incestuous father.

The Police Public Relations Officer, Abimbola Oyeyemi, who disclosed this in a statement on Tuesday, said the Divisional Police Officer(DPO), Owode-Egbado division, said Olabisi Elebute led detectives to the Pastor’s house and arrested him.

Abimbola, a Deputy Superintendent of Police(DSP), said the Pastor when interrogated, made confessional statement, admitting what his daughter had complained about were true.

Commissioner of Police, Kenneth Ebrimson, he said, has directed that the randy father should be transferred to the Anti -human Trafficking and Child Labour unit of the State Criminal Investigation and Intelligence Department (SCIID)for thorough investigation and prosecution.