Again, the house of veteran actor, Ajirebi Kayode Olasehinde, popularly known as Pa James of Papa Ajasco has been affected by the recent flood that occurred in Lagos State.

The flood that was caused by an overflowing canal near his street has left the actor in dire need of financial assistance as his properties were badly affected.

“Let’s come together to support Pa James popularly known as Ajirebi
This is his house taken over by flood…
Pls and pls
God will help u as u lend your helping hand…
OLASEHINDE JAMES OLUKAYODE, 0113635178 GTB” 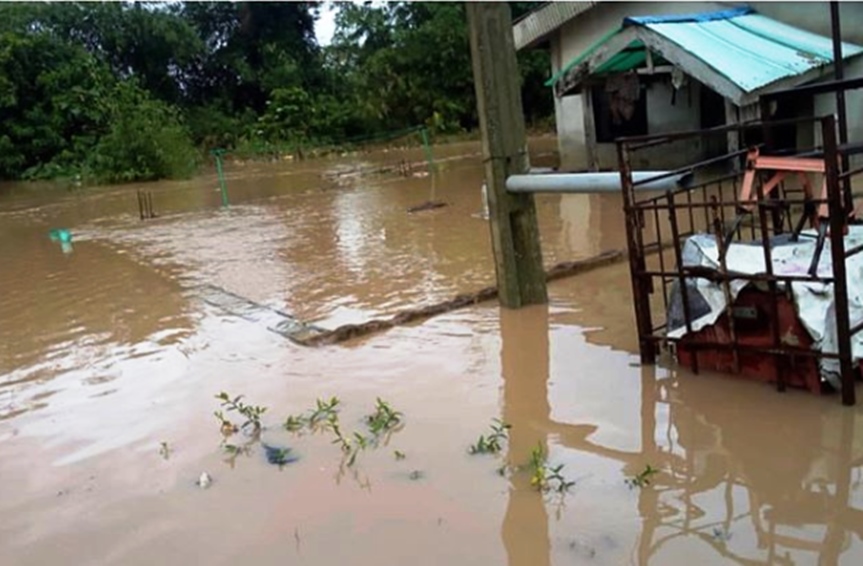 Recall that last year his son, Samuel Ajirebi called out the government for doing nothing to solved the consisent occurence that has been causing damges for the past ten years.

His son, Samuel Ajirebi, who confirmed the sad development, shared some pictures and videos showing the terrible state of his father’s compound on social media.

“Seriously sad right now, I get to think at times that, are we sure we have a government in this country?

“Look at what I met on going to visit my family today, a flooded house due to the overflowing canal behind our street.

“To make matters worse, no one was at home save my dad, so the old man and I had to be saving properties and scooping water out of the house!

“This year makes it ten years of repeated and consistent occurrence of this with severe damages done annually to properties, at times leading to temporary displacement!

“Letters have been written, appearances made, press releases written, still no significant step taken by the government to channel the overrunning canal.

‘’We lose properties! We lose rest whenever we see rain signs! Tonight is going to be a partial prayer moment for families, because it must not rain tonight…. No house for us to sleep in anymore!

“This is sad and heartbreaking.

“This is not a sympathy plea for anything, but a call to the state and local government authorities of Lagos ( @akinwunmiambode and @jidesanwoolu ), Oke Odo LGA respectively to please wake up to your responsibility and stop making citizens suffer in neglect.”