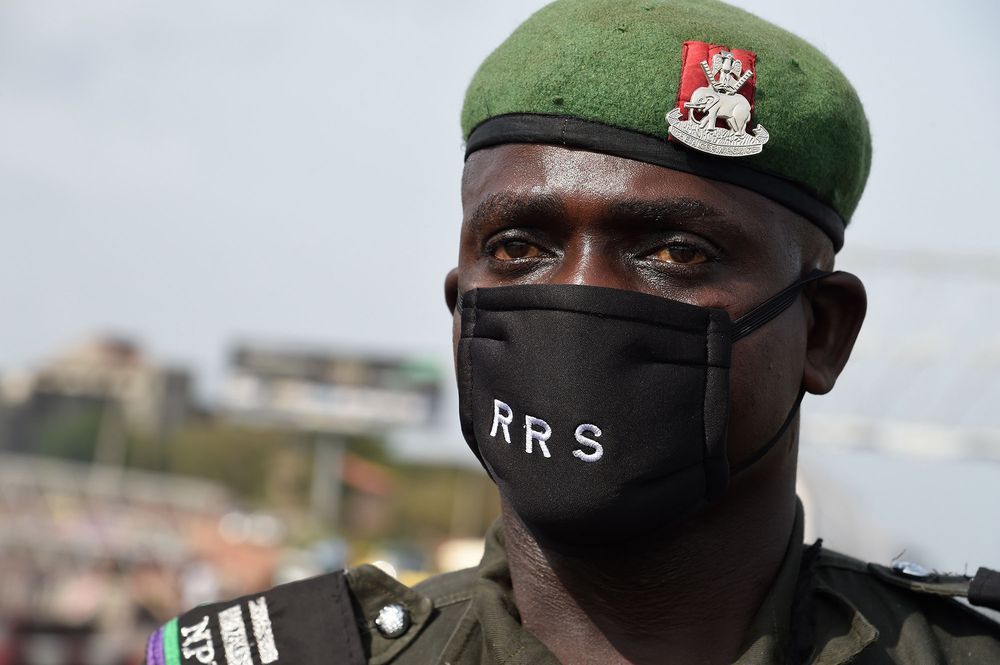 Residents of Lagos state have been warned by the state police command to ensure proper use of face masks or face arrest.

According to the police command, it was noticed that most residents have either jettisoned the directive or now place the masks beneath their chins as decoration.

The state Commissioner of Police in the state, CP Hakeem Odumosu on Tuesday urged Lagosians to own the battle against further spread of COVID-19 in the state.

According to Odumosu, the police and other law enforcement agencies have the mandate of Governor Babajide Sanwo-Olu to arrest and prosecute violators of COVID-19 prevention protocols, adding that there will be no sacred cows in safeguarding public safety.

Already, Odumosu said the command arrested 3,802 persons between April and June for not wearing face masks, adding that all the suspects were charged to court and sentenced accordingly.

He said: “We have been enforcing the law. We have arrested 3,802 people for not using face masks and 12,900 suspects were held for flouting various COVID-19 guidelines since the commencement of the lockdown in April. They were all charged to court.

“But we are going to be stricter now because we have noticed that some people do not wear at all while others hang it on their chins. That is not the purpose for the directive.

“The face mask must be properly worn to cover the mouth and nose. That is how it will serve its purpose. Our people must know that the policy is for their safety and that of society.

“As soon as you step out of your house into public space, you should have your face mask on, worn properly. It should be that way until you return to your private space. Wearing a face mask is compulsory just as social distancing is compulsory. You cannot do one and leave the other.

“For emphasis, we will arrest those who put the face mask on their chins and also arrest those not wearing it.”

Checks across Amuwo Odofin, Isolo, Egbe Idimu and Oshodi areas of the state showed that most residents were nonchalant about the use of face mask and social distancing.

According to NATION report, it was observed that only commercial motorists mostly had face masks on though a greater number of them hung them on their chins.

It was gathered that the drivers were compelled by their unions to have the face masks handy and also ensure their passengers have them to prevent arrest.

People were seen having discussions in clusters and at bus stops without wearing face masks and in complete disregard for the social distancing directive.

At Oke-Afa, it was observed that over eight non-compliant people encircled a woman roasting corn with some of them taking turns to touch the staples.

Also, the black market foreign exchange operators in Okota were beckoning on potential clients without observing the protocols.

Most traffic hawkers from Okota Round About up to Apple Junction in Amuwo Odofin did not also comply with the directive as they claimed that wearing the mask makes breathing difficult.

A fruit seller, who approached our reporter to market his ware, said: “I am not using it because it is hard to wear. The few times I tried it, I could not breathe. I have not worn face mask for over a month now and I do not have the disease. Do I look sick?”

The situation was not different in Ajao Estate as most shop owners and their customers were seen neither putting on face masks or observing social distancing.