Woman arrested in Kogi for ‘bathing’ niece with hot water

A yet-to-be identified aunt who absconded after pouring hot water on her niece in Kogi state has been arrested by the police.

Recall that pictures of a girl crying bitterly after her aunt burnt her skin with hot water in Lokoja which angered Nigerians went viral on Thursday, July 9.

It was learnt that the aunt was nowhere to be found after she committed the said act.

But there is new development on the matter as the absconded aunt has now been captured and she is currently in police custody.

According to the Twitter user who made the child abuse case go viral, neighbours said the aunt has always abused the girl. 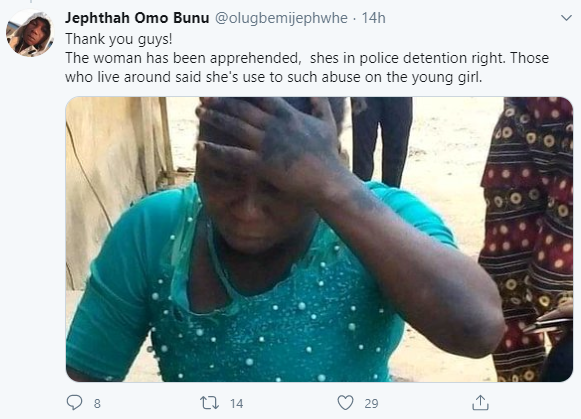 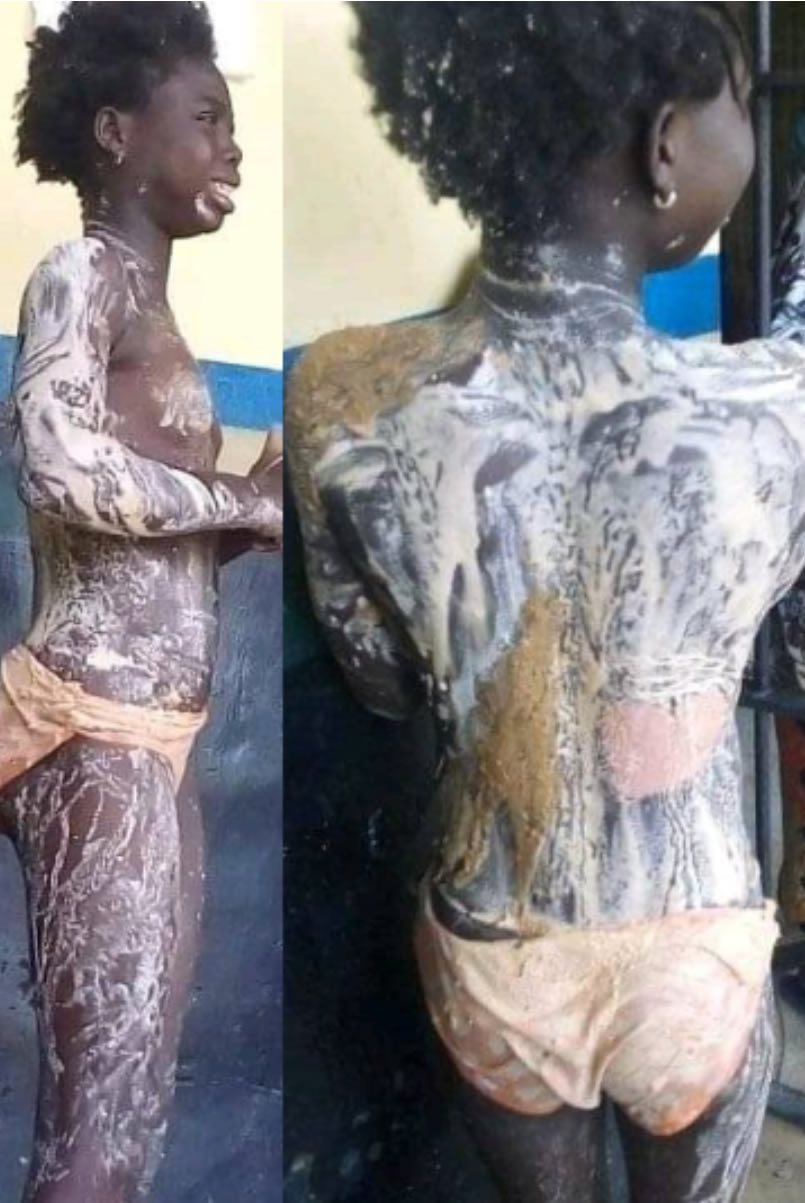 In a related story, WITHIN NIGERIA reported that a woman identified as Mrs Florence Abel, a pharmacist has been arrested in Kaduna state for forcing a 13years old, Janet Ododo to drink hot water and later poured the hot water on her.

Police arraign burglars for stealing 33 bags of rice in Lagos

Destined Kids: Popular child group, before and what they look like now (Photo)