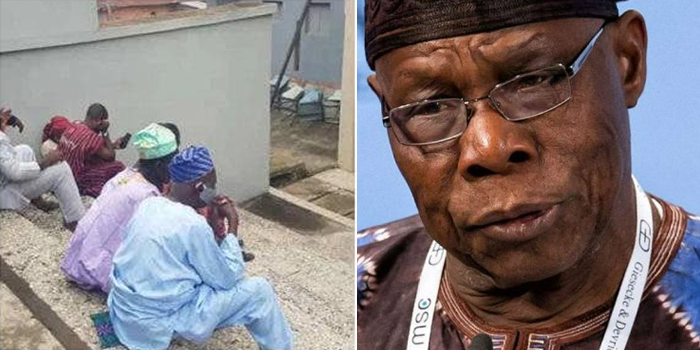 Former President Olusegun Obasanjo on Friday shut out his associates and aides during the funeral of his mother-in-law, Florence Adenekan.

The former president is believed to have taken the action to ensure compliance with COVID-19 protocols on public gatherings.

Adenekan, who died two days before her 90th birthday, was buried at Isara in Remo North Local Government Area of Ogun State.

In a statement by his spokesman, Kehinde Akinyemi, Obasanjo said he stood in for his wife who could not attend the ceremony as she is out of the country.

The statement said the service took place at St Peter’s Anglican Church, Diocese of Remo, Isara-Remo, Ogun State, adding that Obasanjo personally shut the doors as the service began at about 10am.

He said the service was presided over by the Archbishop of Lagos Ecclesiastical Province of Lagos/Bishop of Remo Diocese, Rev Dr Adesina Fape.

“Shortly after the funeral, the interment took place at the church cemetery, with Obasanjo leading family members to carry out the dust-to-dust rites,” the statement added.

The Alaye Ode stated that Obasanjo showed he is a “true and respected Yoruba son” by visiting their domains despite being in the area for a personal engagement.

“We shall continue to learn from your wisdom; the people of Ode are proud and appreciate this visit,” the statement quoted him as saying.