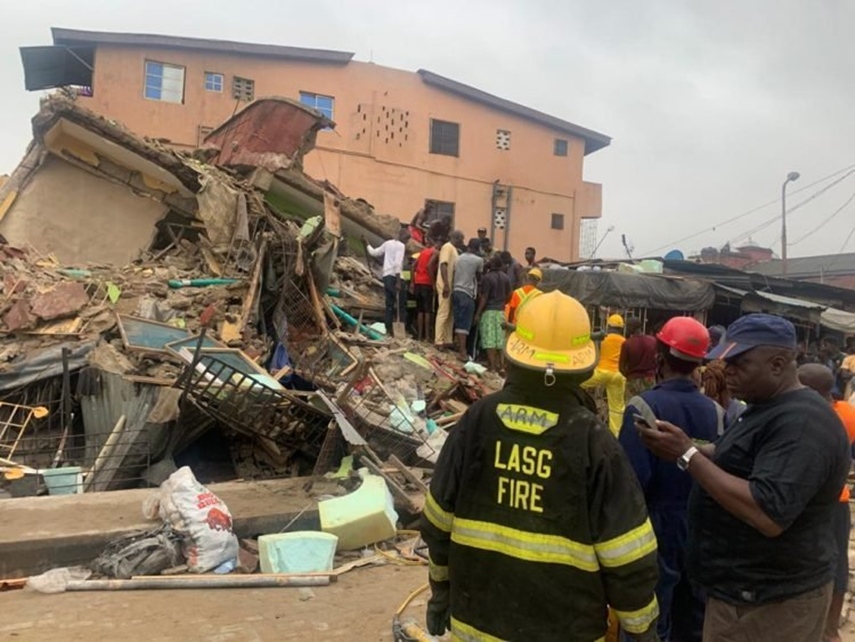 At least six people have been rescued alive from a three-story building that collapsed at 20, Freeman Street, Lagos Island at about 3 am today.

According to Southwest Coordinator, National Emergency Management Agency (NEMA) Ibrahim Farinloye, nine to 10 people are suggested to be living in the building and efforts are on to rescue the remaining people.

In a related development, a two-story building located on Western Avenue was demolished by the Lagos State Government in May 2020.

WITHIN NIGERIA learnt that the demolished building situated at Olaosun Close by Abati Barracks in Surulere have reportedly failed integrity test.

It was also learnt that several fractures on the structure had prompted officials of the Lagos State Building Control Agency (LASBCA) to issue vacation notices to all tenants and sealed the premises.

According to The Nation, a joint response team comprising officials of LASBCA, Lagos State Emergency Management Agency (LASEMA) and Ministry of Physical Planning representatives oversaw the demolition which commenced on Tuesday morning.

According to the Director General of LASEMA, Dr. Femi Oke-Osanyintolu, the state demolished the building to avoid its collapse which could endanger lives and properties.

He said the government was aware of the danger such structures pose to residents especially as rainfall and wind storms get tougher.