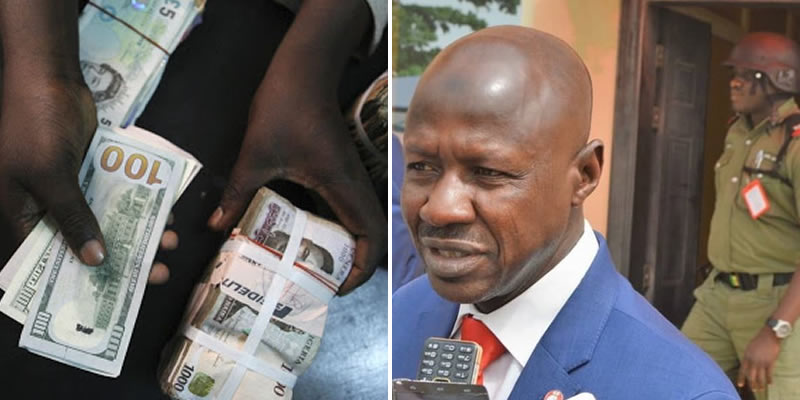 The Justice Ayo Salami-led presidential investigative panel on the allegations levelled against the embattled acting chairman of the Economic and Financial Crimes Commission (EFCC), Ibrahim Magu, is probing him on his alleged link to a Kaduna-based Bureau de Change found to have made transactions of N336 billion, $435 million and 14 million Euros.

The suspicion of Magu’s alleged link was raised before the panel by the Nigerian Financial Intelligence Unit (NFIU) which discovered the transactions.

The panel grilled Magu for the fifth day on Friday before closing for the day at about 7pm.

Magu was being quizzed to explain before the panel what he knows about the Bureau de Change and the huge amount of money in its possession.

His possible link to a Lagos-based lawyer who was also said to have collected the sum of N28 million from the Kaduna-based Bureau de Change, is also being investigated by the panel.

Also, the panel was keen to know whether there is any relationship between Magu and a relatively unknown Lagos-based pastor found with N573 million in his account.

The pastor is believed to be a close associate of the former EFCC boss.

Meanwhile, Magu has applied for bail, following his ordeal at a special presidential panel where he is currently being investigated for fraud allegations.

He made the application via a letter he sent to IGP by one of his lawyers, Mr Oluwatosin Ojaomo, on Friday.