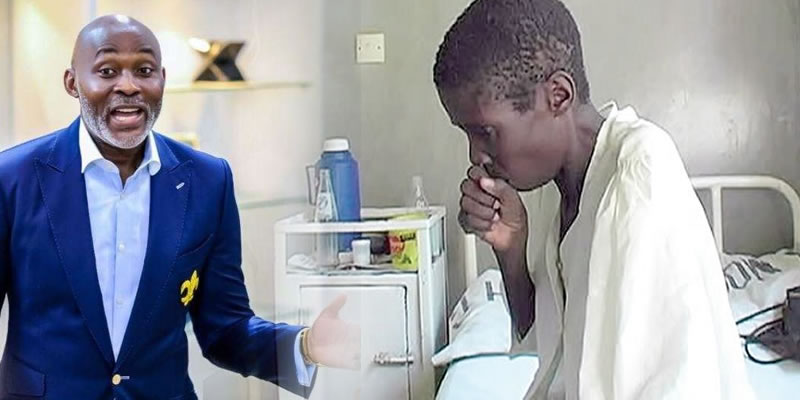 A veteran Nigerian Actor, Richard Mofe Damijo, popularly known as RMD, says Nigerian actors will support the efforts to end the scourge of Tuberculosis (TB) in the country.

The UNGA on TB on Sept. 26 gathered Heads of States in New York to accelerate efforts in ending TB and reach all affected people with prevention and care.

This is part of the activities of the 73rd UNGA, the biggest global meeting of heads of states.

The theme was: “United to End Tuberculosis: An Urgent Global Response to a Global Epidemic’’.

RMD said: “From the work we do as actors, all the time we get the attention of people.

“We grow being followed and because of that followership, it gives us various platforms to reach a lot more people.

“Socially in Nigeria today and the world all over, it makes it easier to join forces with TB partners in order to be effective.

“I am sure that we will be able to do everything in our power to get the message out there and we have the artistes’ support, of course, and our government here today.’’

He added: “Another is to have as much information as possible from our partners because it is not enough to just say something once and then you stop at that.

“The depth of your knowledge in the campaign that you are trying to propagate is very important so as to have a good synergy between the partners and celebrities.

“We need the government, our leaders here to support us to get the messages across,’’ he said.

According to him, the administration remains resolute in the efforts to address institutional and societal challenges, through the enhancement of strong multi-sectoral mechanisms.

According to the World Health Organisation (WHO), it is estimated that TB claims no fewer than 420 lives every day.

This makes Nigeria the 7th with the highest burden in the world and second highest in Africa.

TB is one of the top 10 causes of death worldwide; it is caused by bacteria (Mycobacterium tuberculosis) that most often affect the lungs; it is curable and preventable.

TB is spread from person to person through the air; when people with lung TB cough, sneeze or spit, they propel the TB germs into the air,

A person needs to inhale only a few of these germs to become infected.

Also in 2017, 87 per cent of new TB cases occurred in the 30 high TB burden countries; eight countries accounted for two thirds of the new TB cases and they include India, China, Indonesia, the Philippines, Pakistan, Nigeria, Bangladesh and South Africa.