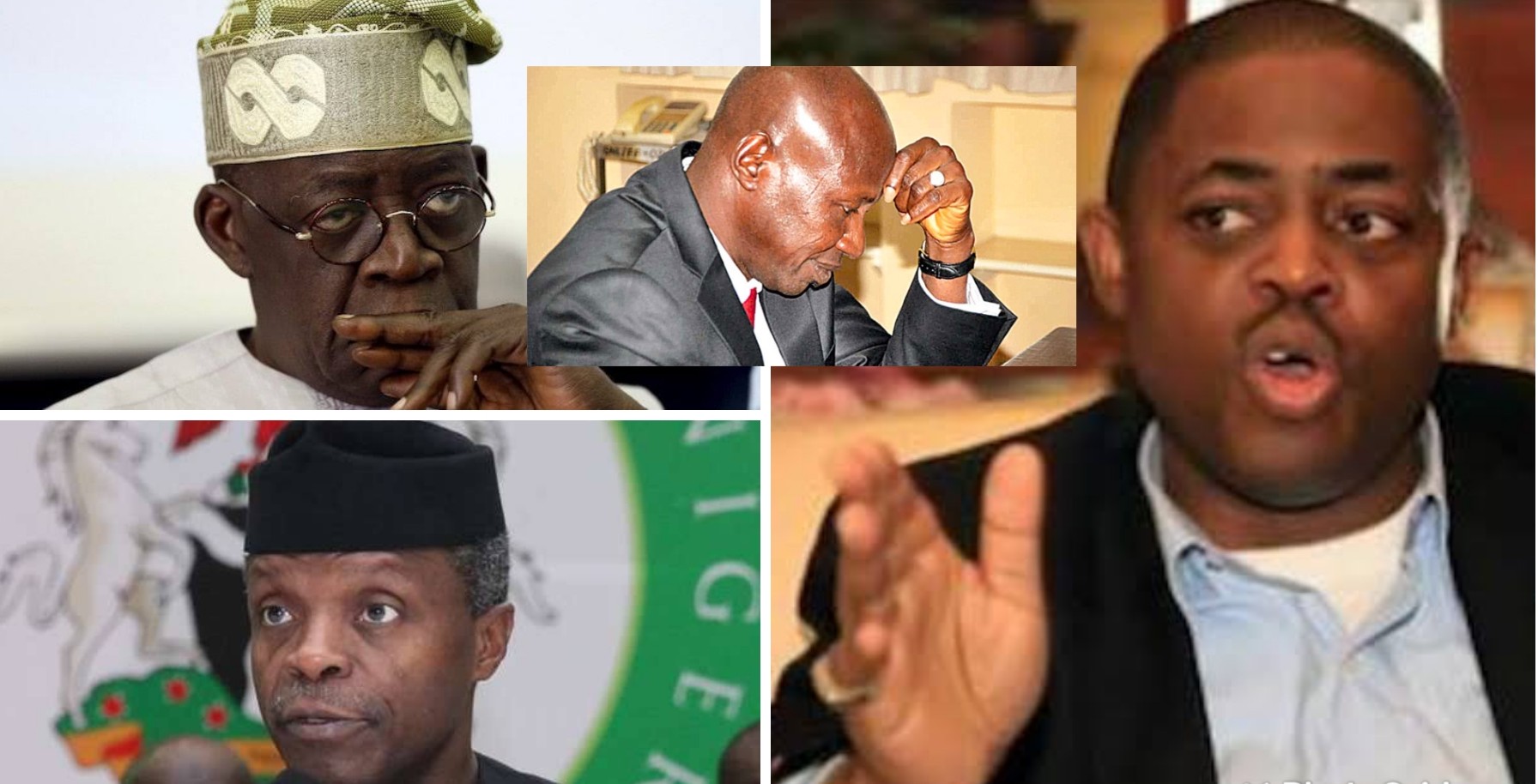 Former Minister of Aviation, Femi Fani-Kayode, has alleged that Ibrahim Magu, the suspended Chairman of the Economic and Financial Crimes Commission, EFCC, worked for Vice President, Yemi Osinbajo, and the National Leader of the All Progressives Congress (APC), Bola Ahmed Tinubu while in office.

He insisted that Osinbajo and Tinubu are the two godfathers of Magu.

According to him, what is happening to Magu, who is being held at the Police headquarters, Abuja, over allegations of lack of transparency in managing recovered assets and mismanagement of the EFCC, was planned years ago.

He said: “What is happening to Magu today was planned years ago.

“The real target is not Magu but those he worked for and protected for the last 4 years.

“When they finish crushing him, they will move against his two godfathers.”

Magu is expected to reappear before the Justice Ayo Salami probe panel on Monday, to defend himself against several other allegations.

Meanwhile, Ibrahim Magu, has again been accused of allegedly failing to give a proper account of missing 332 out of the 836 recovered real estate property in March 2018.

A report by the Presidential Committee on Audit of Recovered Assets (PCARA) confirmed the development, indicating that the unaccounted property was worth billions of naira.