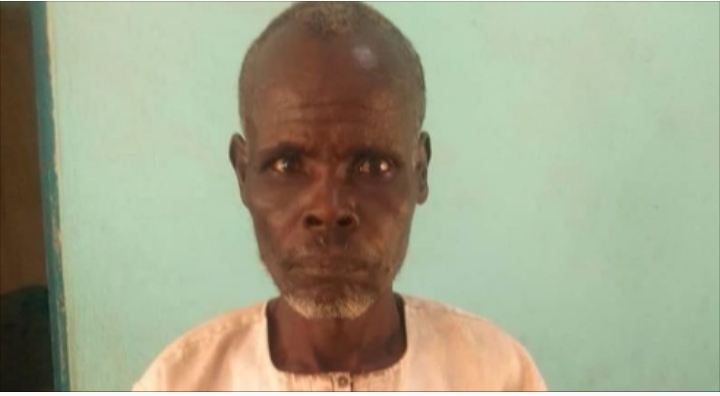 Police arrest man, 60 for allegedly raping girl, 8 after luring her with N100 in Niger

A 60-year-old man identified as Haruna Lawal has been arrested by the Niger state police command for allegedly raping an eight-year-old girl in Wushishi community in the state.

This was contained in a statement signed and released by the Police Public Relations Officer in the state, Wasiu Abiodun.

The PPRO said Haruna, a scavenger, saw the little girl while she was hawking fish in the area.

Haruna allegedly offered her a N100 note and then took her into an uncompleted building where he had canal knowledge of her.

Wasiu said during interrogation, Haruna confessed to the crime and will be arraigned in court as soon as investigation is concluded.

In a related story, WITHIN NIGERIA reported that men of the Sango Ota police division has arrested a 38-year-old man for allegedly attempting to rape a 13-year-old teenager identified as Timilehin at Abe Igi Ewupe Ota in Ogun state on Tuesday, July 7.

According to the mother of the victim identified as Ms. Caroline, the 13-year-old teenager was sent on errand and the accused, the 38-year-old married man allegedly forced the teenager into his house and attempted to rape her.