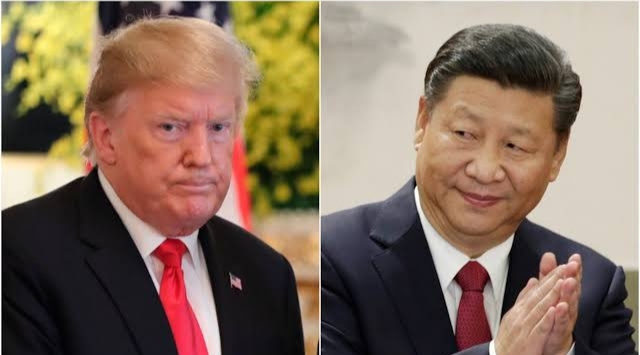 A source within the Trump administration has disclosed that the administration is considering banning all members of the Chinese Communist Party and their families from traveling to the United States.

New York Times who spoke to the source reported that senior administration officials discussing the matter have begun circulating a draft of a possible presidential order, a move that would worsen the already damaged relationship between the US and China.

The source who prefers to be anonymous said deliberations are at an early stage and the issue has not yet been brought to U.S. President Donald Trump.

According to the New York Times, the ban which will focus on denying visas to tens of millions of Chinese citizens, would be one of Washington’s toughest actions against China.

The source said the ban could hit the ruling Communist Party from the highest levels down to its rank-and-file and would be certain to draw retaliation from China.
The ban could also affect business executives, potentially harming U.S. interests in China.

Chinese Foreign Ministry spokeswoman Hua Chunying reacting to the reports on Friday, said such action by the United States, if true, would be “pathetic.”

U.S. Secretary of State Mike Pompeo on Friday refused to confirm the report but said:
“We’re working our way through, under the president’s guidance, about how to think about pushing back against the Chinese Communist Party.”

White House Press Secretary Kayleigh McEnany told reporters: “We keep every option on the table with regard to China.”

Relations between China and the US are now at the lowest point in decades as both countries clash over China’s handling of the Coronavirus outbreak, China’s new security law on Hong Kong, China’s disputed claims in the South China Sea, and trade disputes.