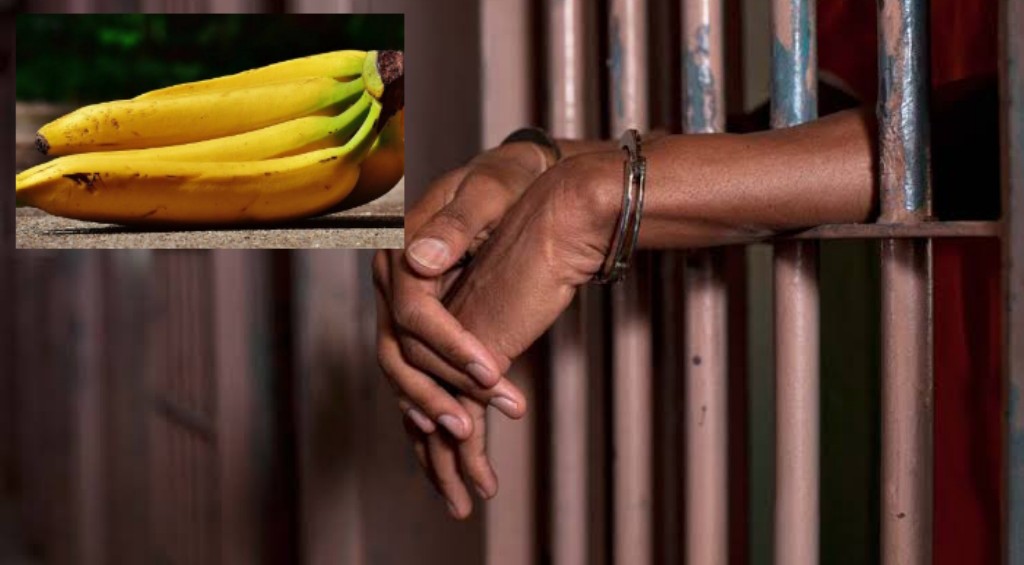 Osun man sentenced to a month in jail for stealing plantain

An Osun State Magistrate’s Court sitting in Ile-Ife, on Monday, sentenced a 35-year-old man, Maruf Ojo, to one-month in jail for stealing plantain worth N55,000.

Maruf was arraigned on a one-count of stealing before A. A. Adebayo.

The defendant was said to have stolen bunches of plantain, valued N55,000, belonging to one Oladipupo Sunday contrary to Sections 383 and 390(9) of the Criminal Code, Laws of Osun, 2002.

Police prosecutor, Inspector Sunday Osanyintuyi, told the court that the defendant committed the offence on July 17, around 12p.m. at Oke-Ora Village via Ile-Ife.

The defendant pleaded guilty to the charge against him.

His defence counsel, Mrs Omoyeni Tosin, urged the magistrate to temper justice with mercy, saying the convict was a first-time offender.

In his judgement, Magistrate A. A. Adebayo held that the court had taken into account the fact that the convict was a first offender.

He, however, said a sinner must not go unpunished, adding that the punishment would serve as a deterrent to other offenders and the convict as well.

Adebayo sentenced the convict to one-month imprisonment for theft with an option of N1,000 fine.