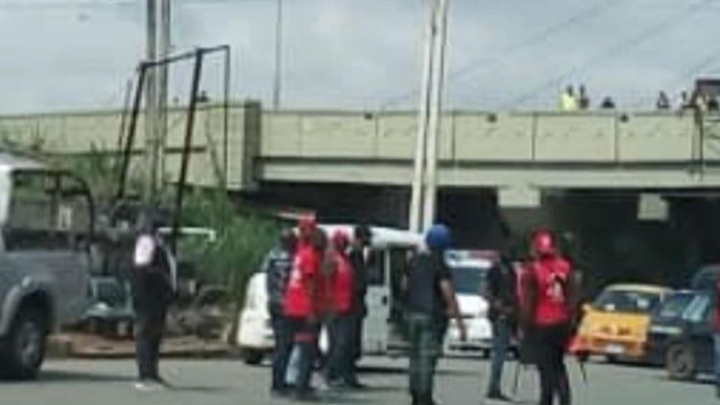 The attempt made by a group of boys suspected to be MASSOB members to block the express along Orji flyover in Owerri has been successfully repealed by men of the anti-cult unit attached to the Imo state police command.

WITHIN NIGERIA learnt that the alleged MASSOB members were seen trying to block the entire express way to register their grievances thereby causing serious gridlock of traffic in the axis.

Reacting to the development, the Police Public Relations Officer in the state, SP Orlando Ikeokwu confirmed the incident to newsmen.

The PPRO said the group were members of MASSOB and the police personnel deployed for the job has swiftly responded and normalcy has returned.

In a related story, WITHIN NIGERIA reported that two members of the Chief Ralph Uwazuruike-led Movement for the Actualisation of Sovereign State of Biafra (MASSOB) otherwise called Biafra Independent Movement (BIMBIM/MASSOB) were reportedly shot dead on Wednesday at the 19th anniversary celebration.

The event also led to the arrest of no fewer than 10 members of the movement, while about 15 sustained varying degrees of bullet wounds.