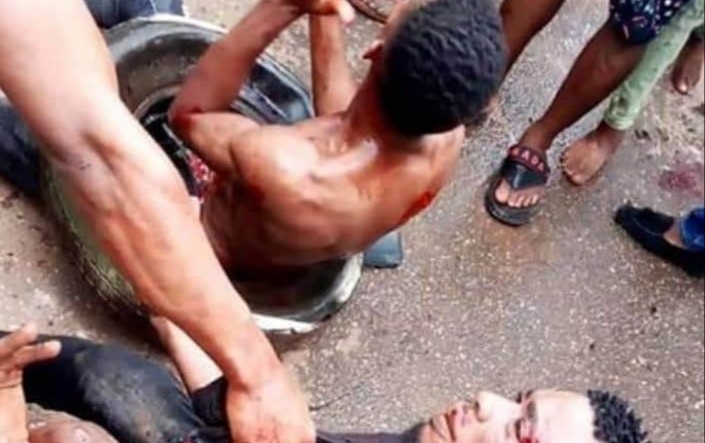 Two men suspected to be robbers have met their waterloo as they were reportedly burnt alive by angry mob in Mbaise, Imo state for allegedly robbing in the neighbourhood.

Emerging pictures and videos shared on social media platforms depicit how the suspected robbers were brutalized before tyres were placed on them and they were burnt alive.

WITHIN NIGERIA learnt that the tragic and heartbreaking incident reportedly occurred on Tuesday, July 21, 2020, in Aboh Mbaise, Imo state.

Many Nigerians who were terribly shocked with the heartwrenching incident have reacted to the extremely tragic and graphic video by lamenting the loss and condemning jungle justice. 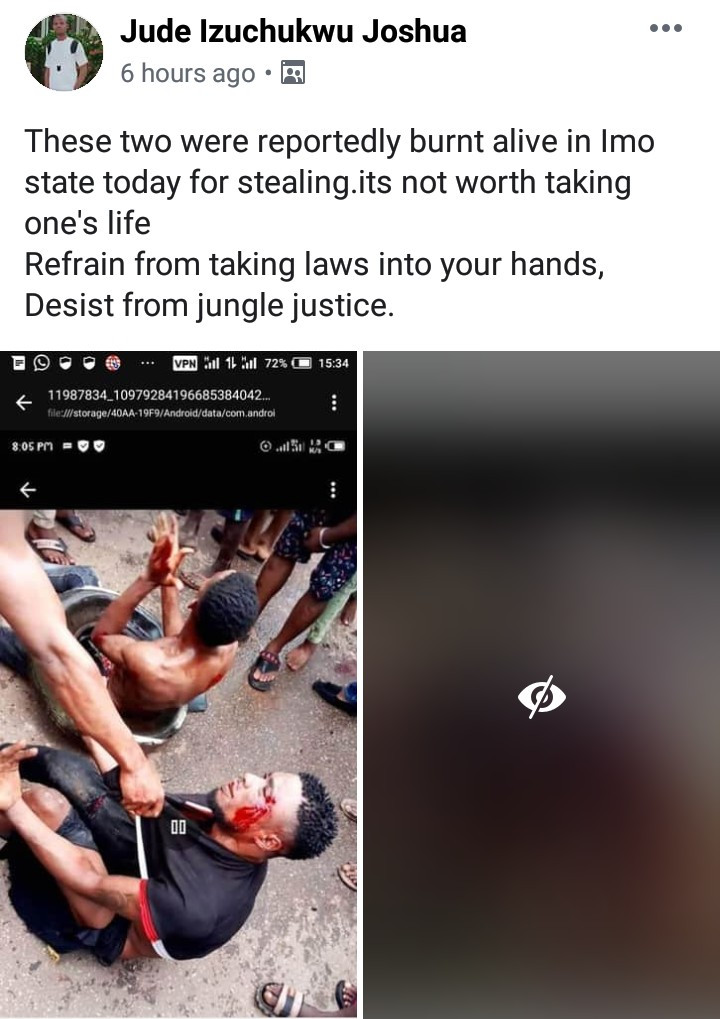 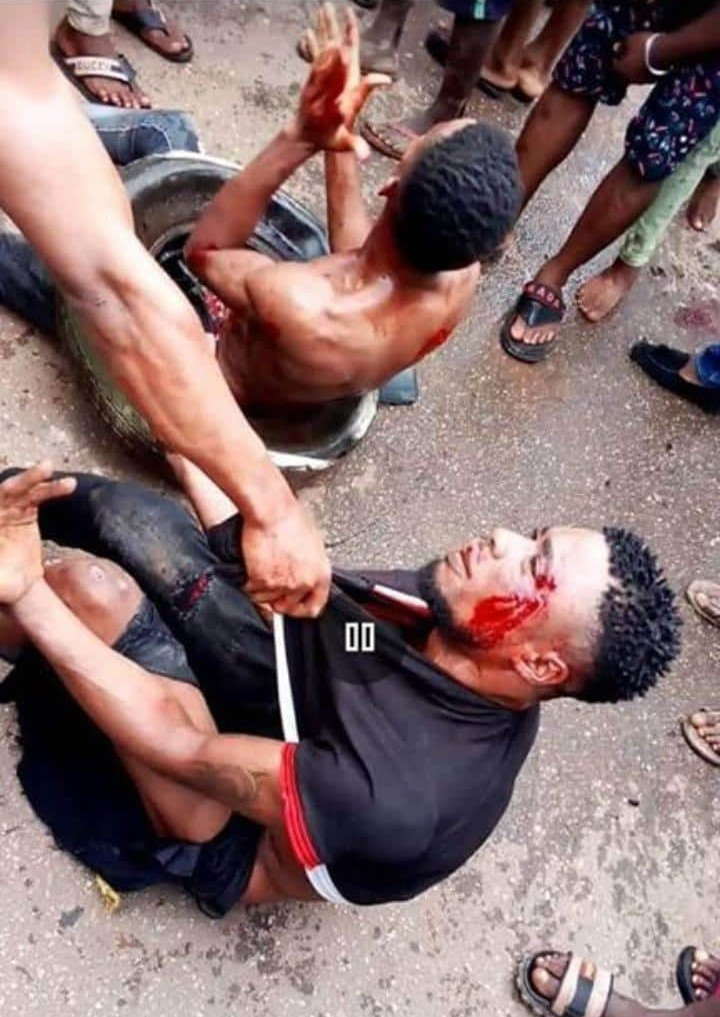 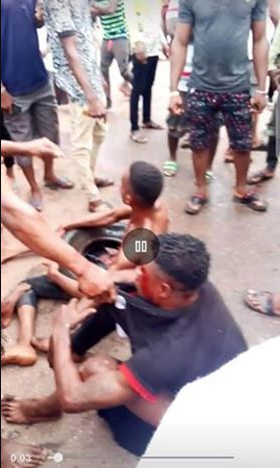 In a related story, WITHIN NIGERIA reported that a teenage boy simply identified as Hope has been arrested after going berserk and hacking his father to death in Amoda, Imo State.

He attacked his dad, Chief Paul Eke, in the early hours of Thursday, shortly after he returned from a trip to Port Harcourt, Rivers State.

It was gathered that the boy lost his mom to sickness, about a week ago, and she is yet to be buried. When asked for the motivation behind his action, he couldn’t give any reasonable answer.