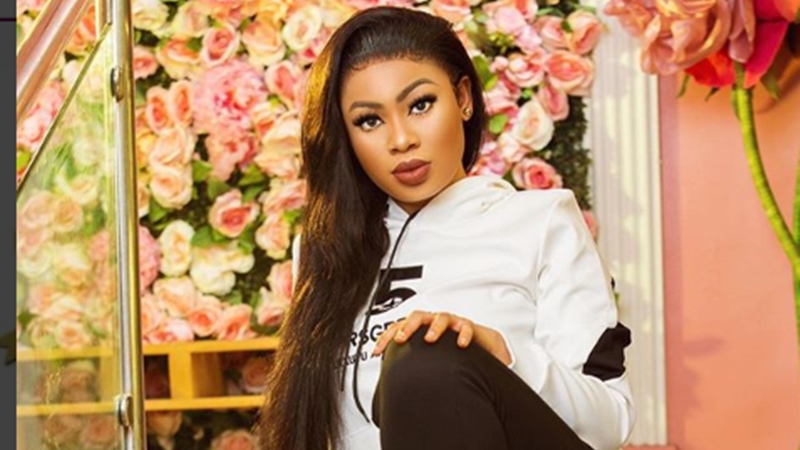 Former reality TV star, from BBNaija double wahala edition, Nina Ivy, real name, Nina Chinonso Onyenobi, has gushed over her son as she shared first photo with him since putting to bed.

The new mum who welcomed her son, Denzel Kelly with her husband, Tony, in the U.S. two weeks ago, took to Twitter to share an adorable photo of her cuddling the new born. She wrote; “My sonshine …I’m so lucky to have you“.

My sonshine …
I’m so lucky to have you pic.twitter.com/XMUEu0X0Gx

In other news, Tonto Dikeh has revealed that she has forgiven her ex-husband, Olakunle Churchill, for the sake of their child, King Andre, during an interview with Veteran journalist, Dele Momodu.

According to the actress, she has come to realize that forgiveness is not about the next person but about one’s self. She said she has gotten to read the part of the bible where God said he wouldn’t forgive us if we do not forgive others. She added that she forgives easily now but doesn’t like being provoked by the things a person does after she has forgiven him or her.