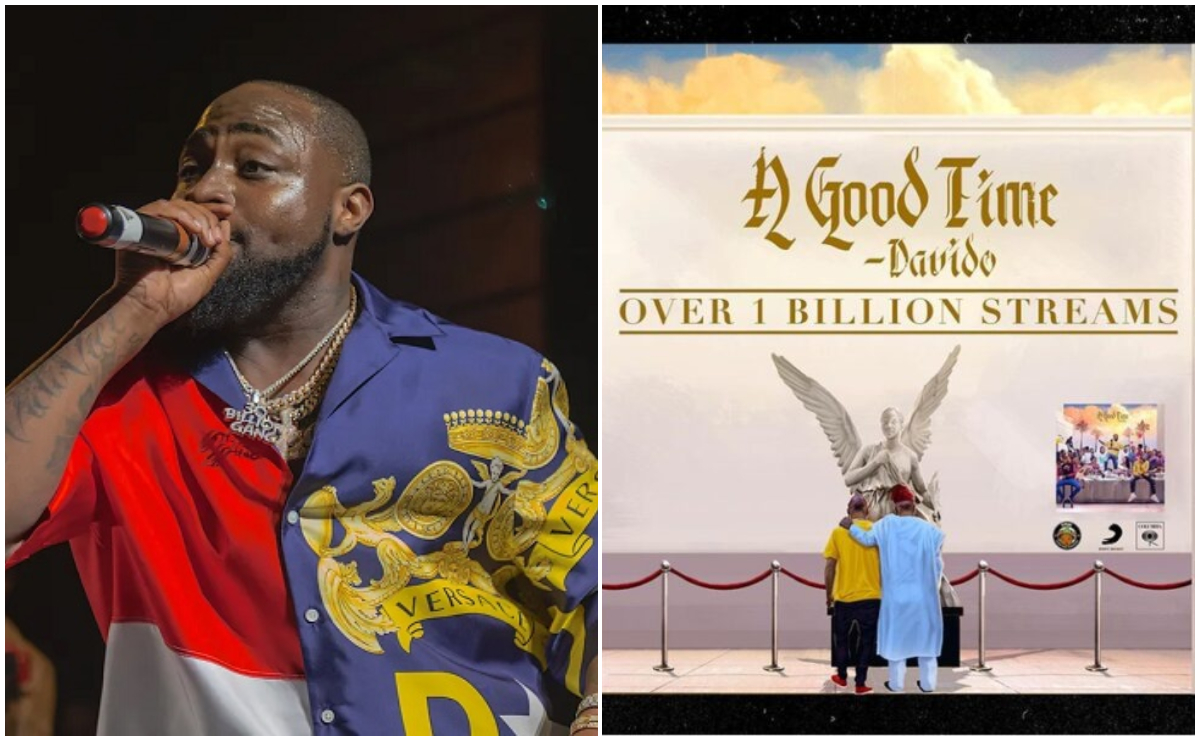 The album, which was Davido’s first on Columbia UK and was also his sophomore album continues to amass accolades after have a single get certified platinum in South Africa and gold in the US respectively. It also comes in great stead for Davido’s eagerly anticipated third album, A Better Time.

Columbia Records UK made the announcement via twitter page on Tuesday (yesterday). “A Good Time”, which is Davido’s second studio album was released on November 22, 2019, through Davido Music Worldwide (DMW), RCA Records and Sony Music.

The critically acclaimed album was certified platinum by the Recording Industry of South Africa in just three months of its release. In February, the album along with two singles on it; “Blow My Mind” featuring Chris Brown and “Risky” featuring Jamaican dancehall act Popcaan, were certified platinum in the United States. “Risky” went double platinum.

“Fall”, the second single off the album has continued to break records three years after it was released. “Fall” was one of the top-100-most-Shazam-searched singles in America in January 2019, according to Rolling Stone magazine. In February 2019, it became the longest-charting Nigerian pop song in Billboard history. The music video for “Fall” currently stands at 174 million views on YouTube, the most for any Nigerian music video.

Davido continues to record and ramp efforts for his third album as he was recently spotted in the studio with Hitboy and Nas.

These are indeed good times for the Afrobeats singer.