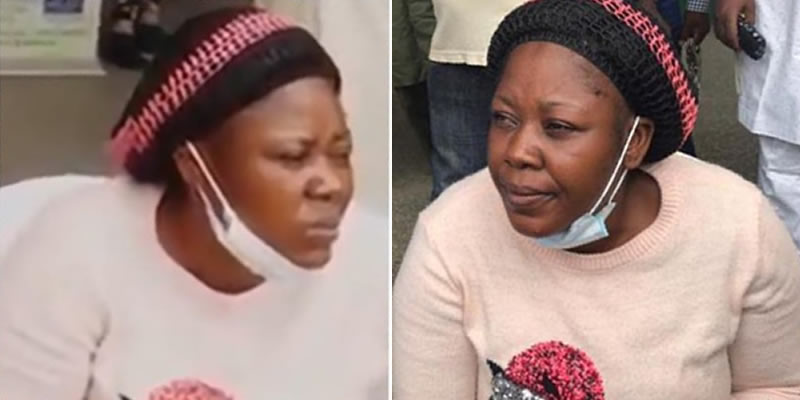 Woman fakes own kidnap in Abuja, claims she was testing her sister’s true love

37-year-old, Torkwase Queen Ayakpa, who faked her own kidnap in order to extort N20,000 from her sister, has been arrested in Abuja.

She reportedly confessed that she conspired with one Fidelis Ikule, 36, to stage the kidnap. The hairstylist said she did it because her business was no longer doing well due to the coronavirus pandemic, adding that she also wanted to test if her sister really loved her.

The suspect added that her sister had turned down her request for money. Ayakpa and her accomplice were arrested after the police tracked the calls they were making for the ransom.

The lady said she left home on July 20, 2020, and called her sister, telling her she had been kidnapped and her abductors demanded N20,000 to free her.

In related development, the Kwara state police command, last year arraigned a housewife, Mrs. Odunayo Olaniyi, before a Chief Magistrate Court in Ilorin, the state capital, for allegedly faking her own kidnap and that of her 10-year-old son, so as to extort half a million naira from her husband.

The Prosecution Counsel, Insp. Nasir Yusuf, told the court that on September 19th, the complainant, who is also the defendant’s husband, Segun Olaniyi, who works at the Kwara Road Traffic Management Authority, Ilorin, reported the case at the Anti-Kidnapping Squad, Police Headquarters, Ilorin. Yusuf said Segun told Police that he received a message from his wife, Odunayo, that she had been kidnapped. Read more here.