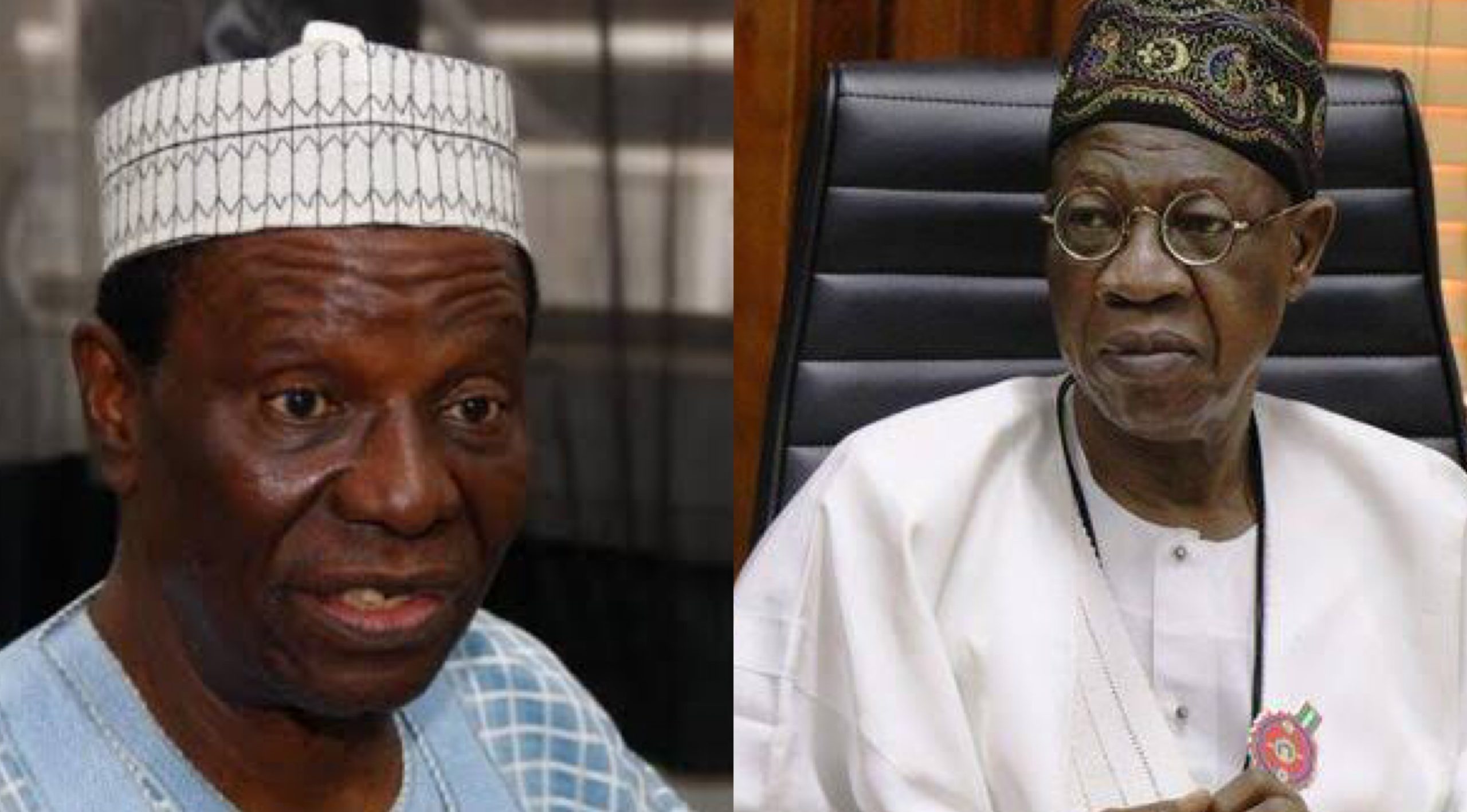 Ex-NTA DG, Iredia to Lai Mohammed: You can not regulate broadcasting as a politician

Barely 24 hours after Minister for information, Lai Mohammed announced the increment for hate speech from N500000 to N5 million, a former director-general of theė Authority (NTA), Tonnie Iredia has reacted to the development.

Iredia who is also professor of broadcast management and media law featured in an interview on Channels Television.

The ex-NTA noss stated that the minister of information, Lai Mohammed cannot regulate broadcasting as a politician.

Iredia also alleged that the Minister has hijacked the duties of the director-general of the NBC.

“Everybody expects a broadcasting commission to be an autonomous body that has no place in politics. If you listen to the news, who has been speaking? The minister of Information. Is he the director-general of the NBC?

“When the minister is speaking, there is no way broadcasters can see that the regulator is speaking. He is not a regulator.

“He should leave the broadcasters in the NBC to do their professional duty. The law gives him the right to supervise but not to take over the job.

“The moment the minister is speaking, no matter how well-intentioned he may be, the people become suspicious because he belongs to a political divide and whatever he says is likely to be used against the opposition and I think this is a natural thing.”

The former NTA DG also accused the NBC of shutting out stakeholders in the broadcast industry while drafting the new code.

“For the first time in the history of broadcasting in this country, the code was not done the way it used to be done.

“This time around, the NBC just rolled out a number of things that it felt should be in the code and did not hold consultations with the stakeholders like the previous managers of the system did where you first of all hold consultation and everybody will look at it.

“There will be a document (which) you will bring it out at the tail end, there will still be another kind of peer review and all kinds of things.

“The NBC code, which was supposed to be a professional guide and masterpiece that promotes professional excellence in broadcasting is now filled with sanctions and what you will do and not do”.