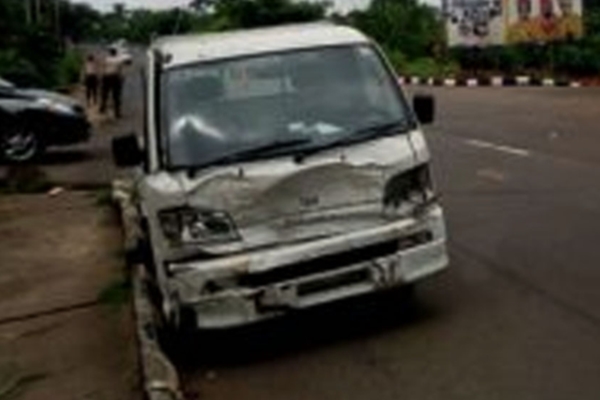 In an accident involving two vehicles in Anambra state, a man has died after falling out of a vehicle.

The Sector Commander of the Federal Road Safety Corps (FRSC), Mr Andrew Kumapayi said that the accident was allegedly caused by lane diversion.

A total of five men were involved in the accident, four of them were in the pickup vehicle and one in the Toyota Highlander.

Two of the men sustained injuries and were taken to St. Joseph Hospital, Adazi Nnukwu. The corpse of the dead was deposited at the same hospital.