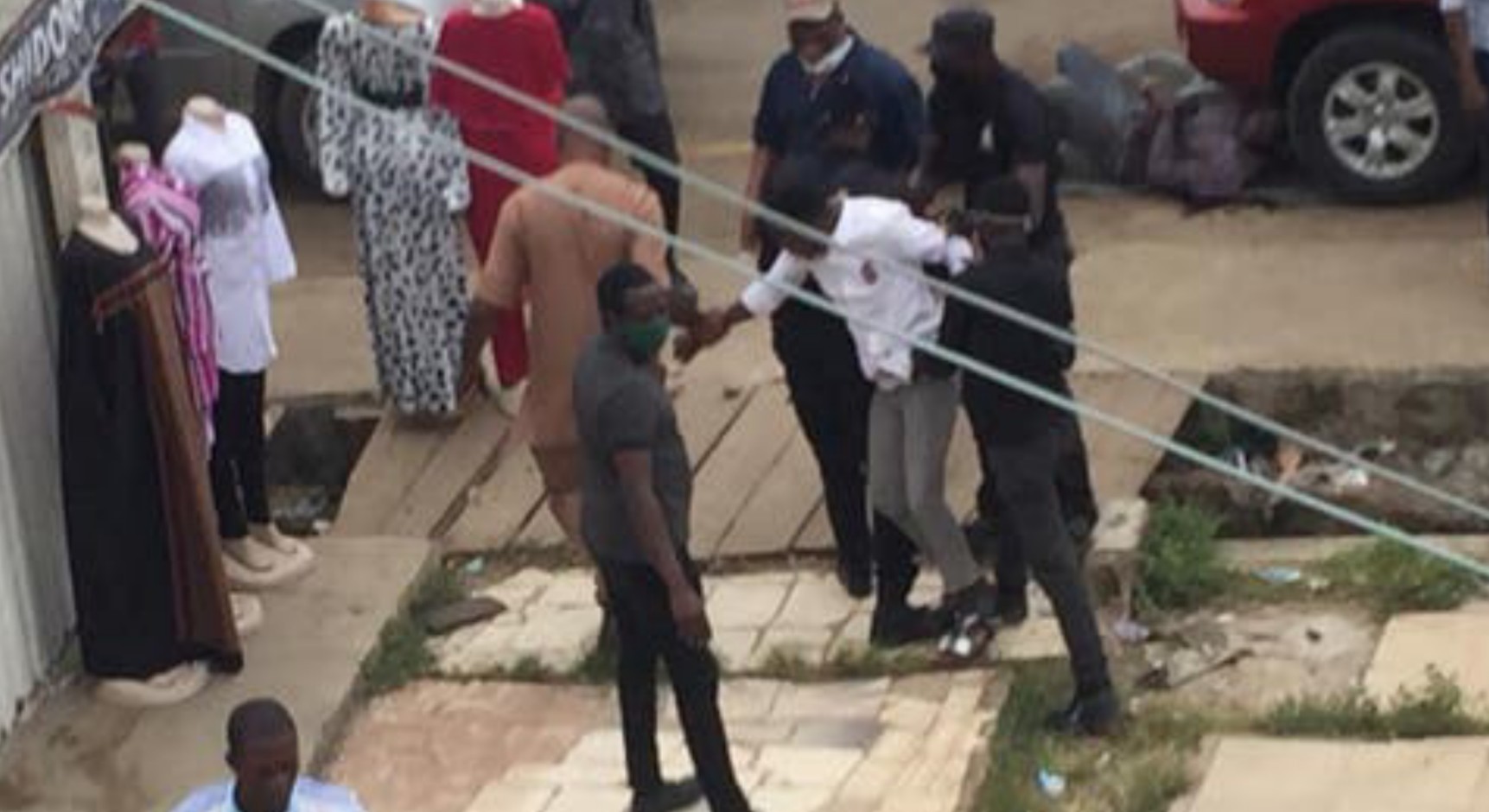 The operatives of the State Security Service (SSS) have again arrested Olawale Bakare, a co-defendant of Omoyele Sowore, and five others at the ongoing #RevolutionNow protest in Osun State.

The demonstrators had converged on the popular Olaiya junction to stage a protest commemorating a year after RevolutionNow movement was launched in Abuja by its national convener and human rights activist, Omoyele Sowore, who was arrested during the process.

Similarly, Olawale Bakare, convener of Revolution Now in Osogbo was arrested by DSS on August 4, 2019, the same day Sowore was arrested, alongside other members, who were detained and released after going through a court trial.

However, Bakare and five other members of RevolutionNow were rearrested in Osogbo, on Wednesday, during a fresh protest to mark one year anniversary of their ordeal in the hands of security agencies when the group stage a nationwide protest against why they termed bad governance, corruption, injustice and other vices.

The protesters were arrested by the DSS while having a dialogue with the police officers at the popular Olaiya junction, Osogbo, Osun State capital.

One of the members of RevolutionNow, who escaped from the scene told newsmen that the arrest of Bakare and other members of the group was not only illegal but unjustified, saying the protest was peaceful without any threat to law and order.

The member, who pleaded anonymity also called for the immediate release of all members of RevolutionNow movement arrested in Osogbo by the DSS.