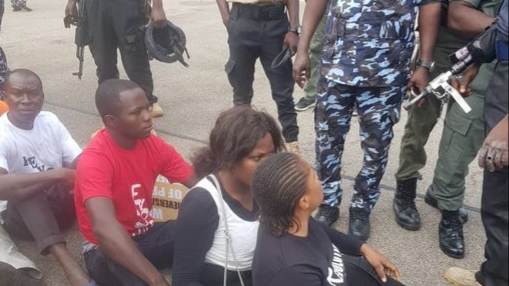 More pictures have surfaced online following the arrest of #RevolutionNow protesters by security operatives in Abuja.

Recall that WITHIN NIGERIA had earlier reported that security forces including the police and the Nigerian Army have arrested several #RevolutionNow protesters in Abuja, Lagos and Osun on Wednesday.

It was reported that the arrested protesters had set out as early as 8 am with banners and placards to demand good governance from the Buhari-led administration.

Some of their placards read, ‘Nigerians are sick and tired of poverty, corruption, injustice and untimely death’; ‘Say no to injustice’, ‘Yes to living wage for unemployed youths’.

Sharing the pictures of the arrested protesters online, Sowore wrote; 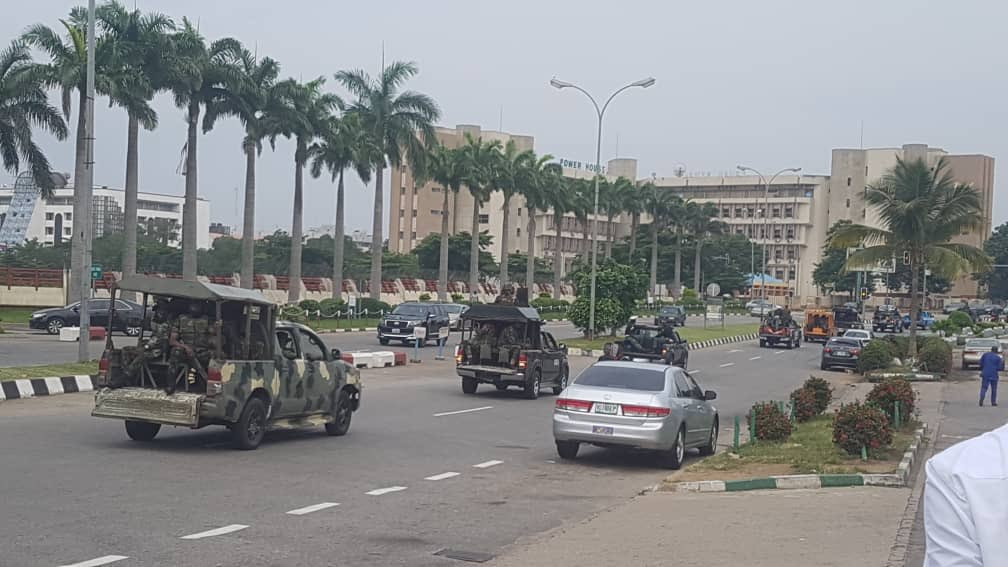 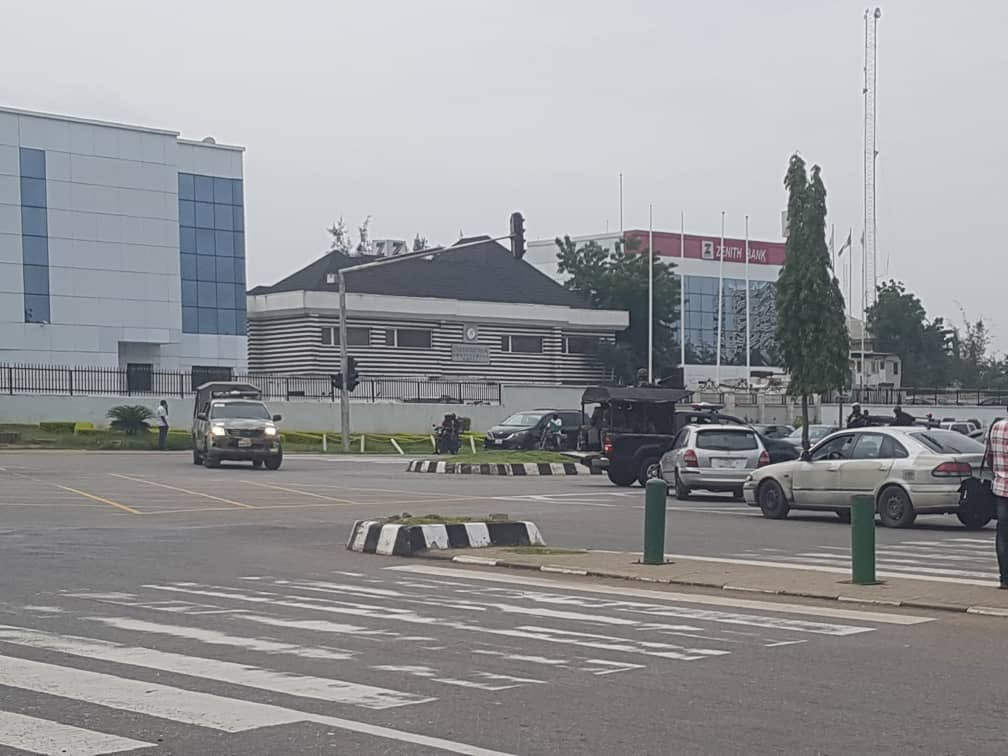 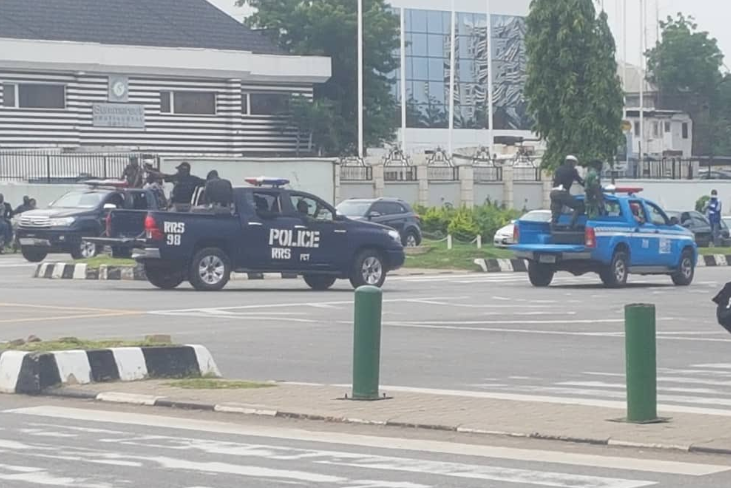 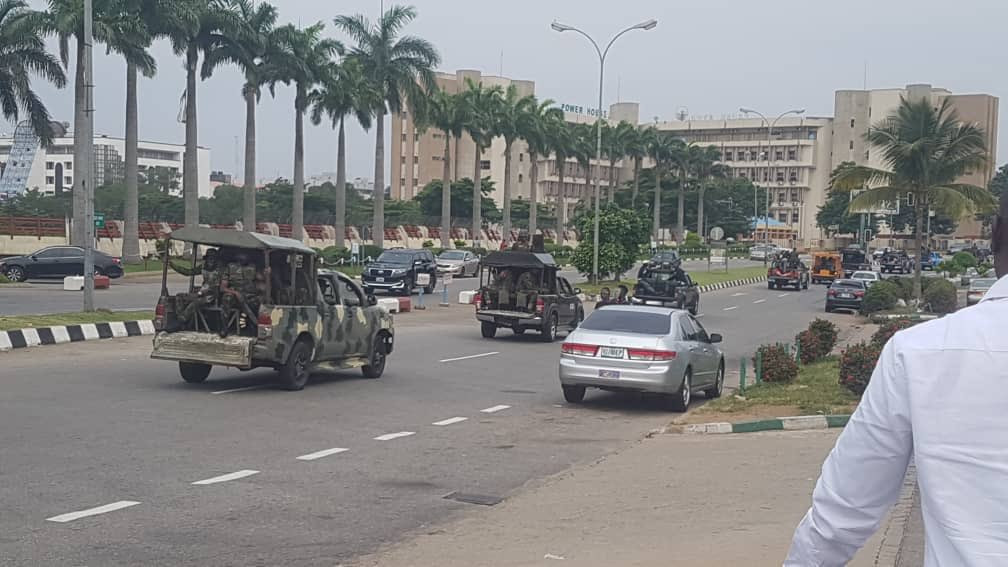 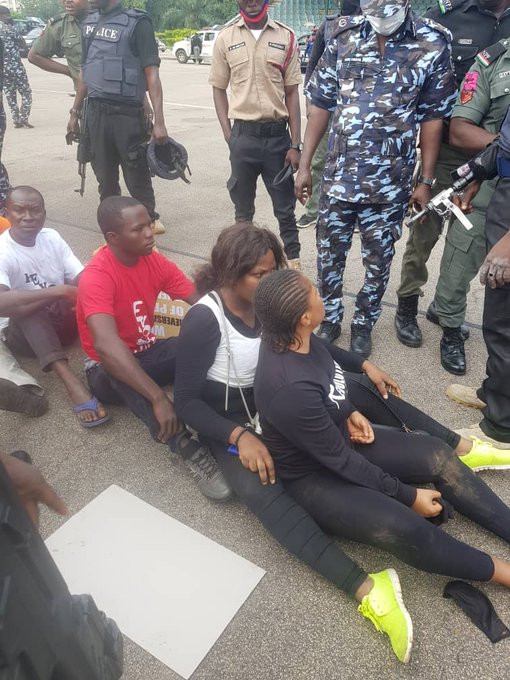 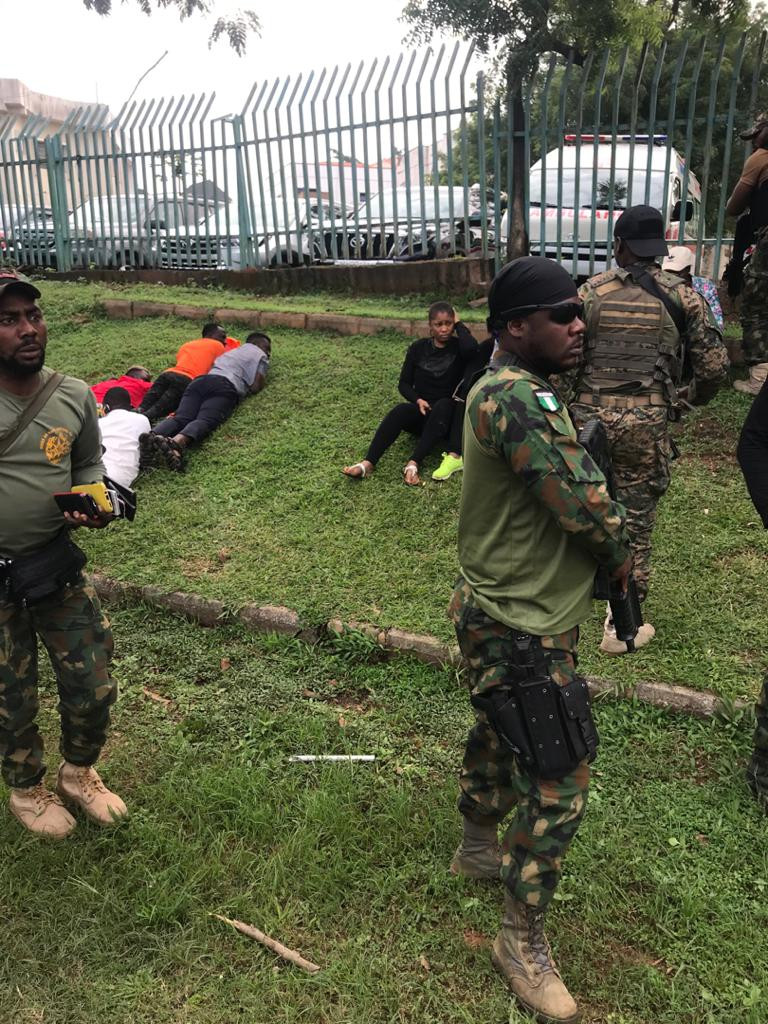 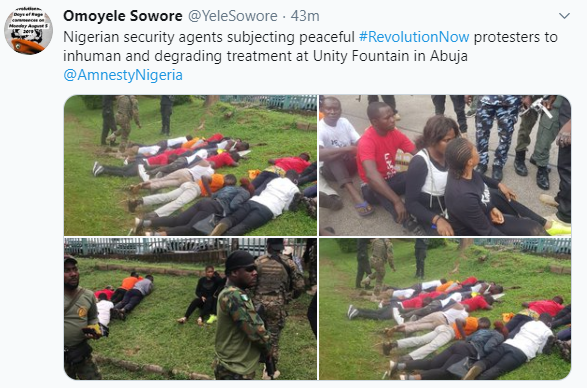 In a related story, WITHIN NIGERIA reported that Security agents, the State Security Service (SSS) arrested Omoyele Sowore, AAC Party Chairman and the publisher of the news website, SaharaReporters.

The Operatives picked him up in Lagos on Saturday and later transferred him to Abuja.