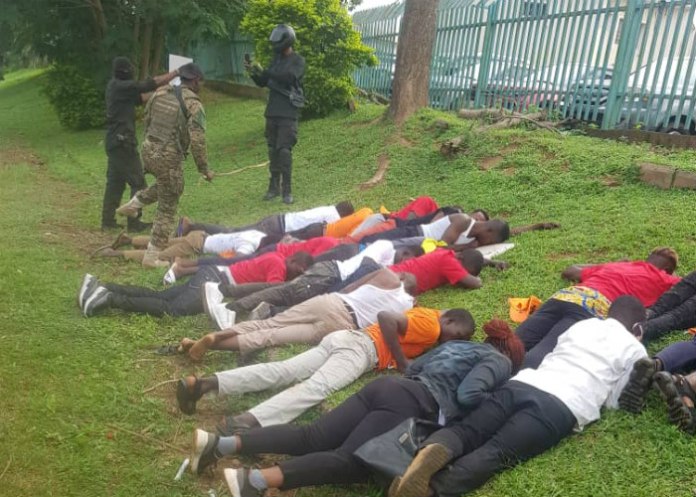 Security forces including the police and the Nigerian Army have arrested several #RevolutionNow protesters in Abuja, Lagos and Osun on Wednesday.

Carrying placards and banners, the protesters began the protest around 8 am to demand good governance.

According to SaharaReporters, over 40 #RevolutionNow protesters were arrested in Abuja by military personnel deployed by the government to patrol different parts of the city.

The protesters, who were coming from the Mararaba axis, were arrested around the Unity Fountain and thrown into at least six trucks that whisked them away to an unknown destination.

The protesters, many of whom wore orange berets, converged on the Unity Fountain, Shehu Shagari Way, Maitama in Abuja.

In pictures which have gone viral on social media, some of the protesters are seen lying face down on the order of security operatives.

In order to forestall protests, it was gathered security operatives also cordoned off adjoining streets including Aguiyi Ironsi Street.

The protests are running simultaneously in several parts of the country including Lagos.

Reports say protesters who gathered at the Ikeja area of Lagos were dispersed with teargas canisters by security operatives.

The protest at the Ojuelegba axis of Lagos is said to be violence-free with security operatives on the standby.

It was also gathered that police stopped some protesters on Third Mainland Bridge in Lagos.

Leader of the #RevolutionNow movement Omoyele Sowore was detained last year for about three months while court orders for his release were ignored. 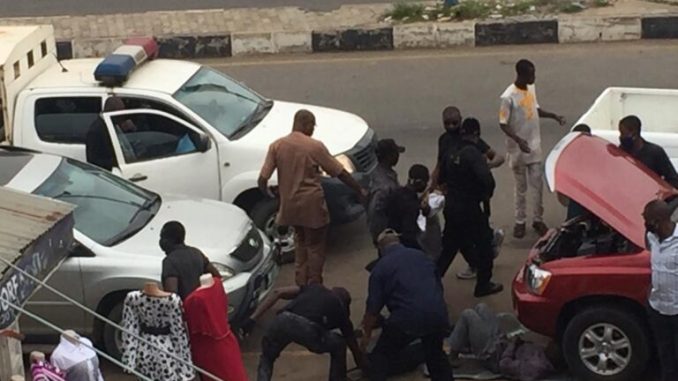 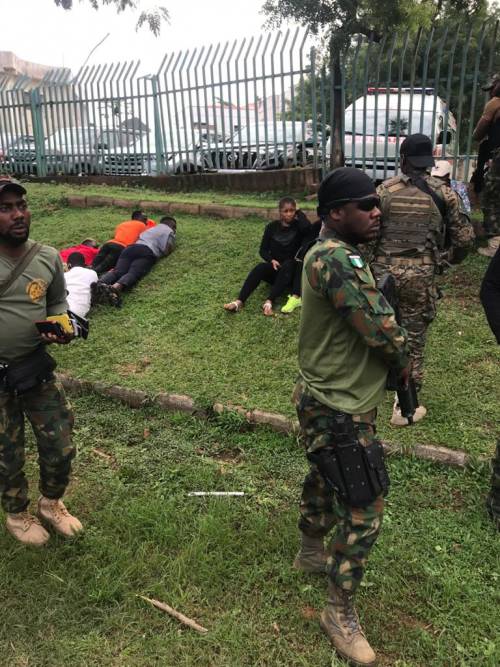