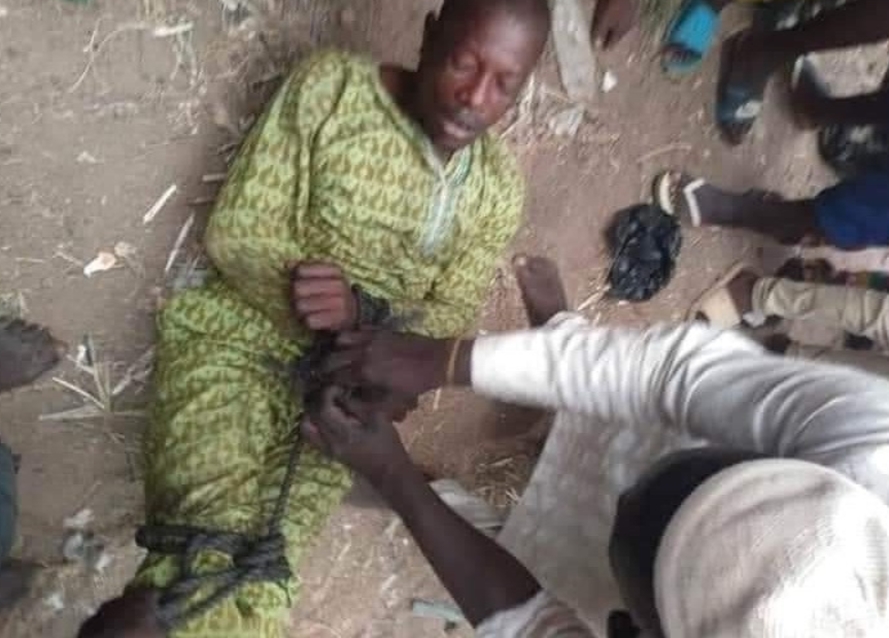 Photo: Man ”tied up and sent back home” after leaving his family in search of greener pastures for 6 years

For leaving his family in search of greener pastures for six years, a man has reportedly been tied up and sent back home, by  a family member.

Twitter user, @Ekwulu, who shared the photos, said the man left his wife, children, and aged parents for six years in search of greener pasture in the western part of Nigeria. He claimed that since he left, the man hasn’t been able to send any money to his family.

According to Ekwulu, the man was recently spotted at a livestock market in Abeokuta by a family member, who then tied him up and sent him back home via a truck. 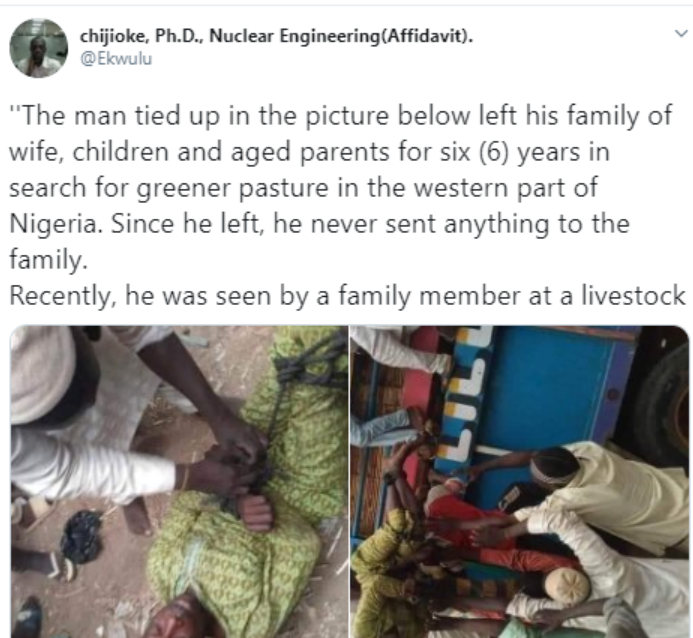 In other news, a Nigerian woman identified as Fatima Bishir has been arrested by the Katsina state police command for allegedly kidnapping her daughter to implicate her the ex-wife of her husband.

22-year-old Fatima reportedly sent out a text message, demanding a N2 million ransom to secure the release of their 5-year-old daughter.