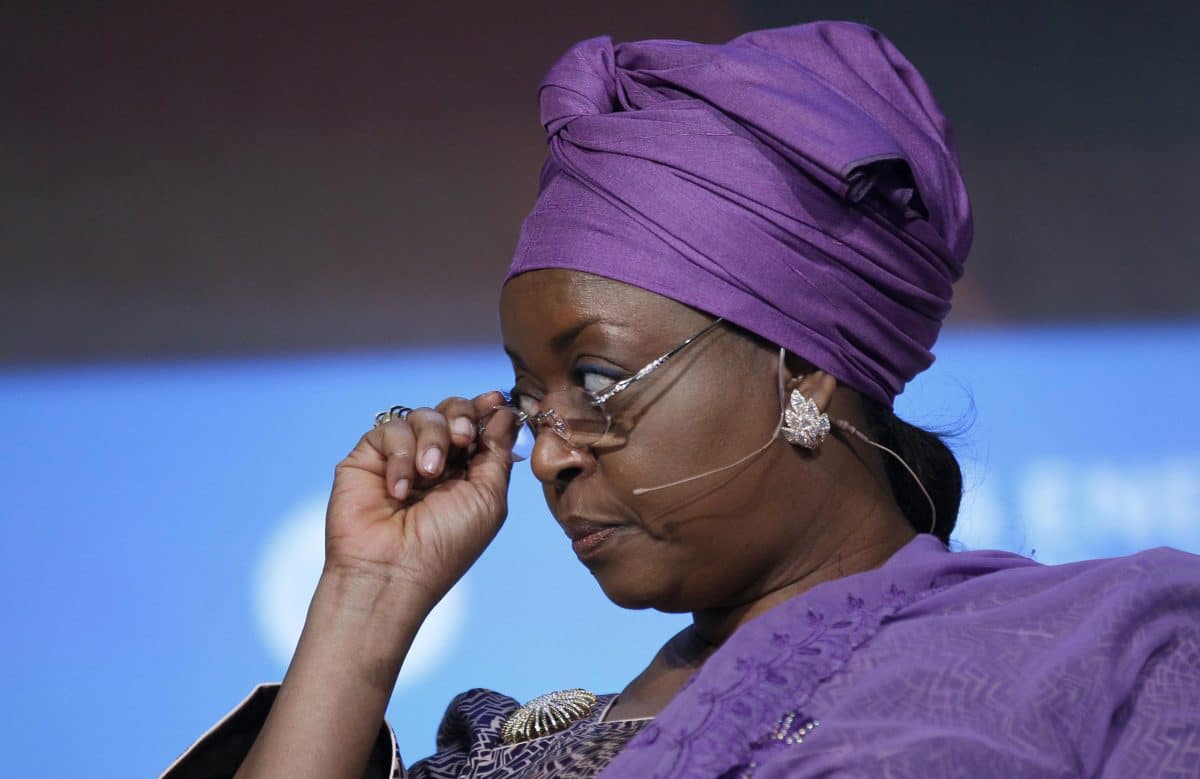 Diezani said this while delivering a lecture at a virtual event which was also attended by her former boss, ex-President Goodluck Jonathan, on Friday.

Speaking at the event organised by the Ijaw National Development Group on Friday, Diezani stressed the need for mentorship of Ijaw youths.

The videos were posted on Twitter by blogger, Jackson Ude, who is also the publisher of Point Blank News.

The former minister said, “The ones that have swag, the Yahoo Yahoo boys as my son would say; these in short, are the role models they are looking at. These are the ones that reinforce negative societal norms and values.

“This is a travesty of an unfolding tragedy for us. Why have I spent time talking about fatherless homes and the impact it has on our children? The truth of the matter is that an irresponsible boy tends to become an irresponsible man and it is therefore a vicious cycle. If you plant yam, you cannot harvest plantain.”

Diezani said there are no shortcuts to progressing in life, adding that only hard work could guarantee success.

The former minister added, “There are no shortcuts to working your way up the ladder of life. Progressing in life, in work and relationships – marital or otherwise – is always dependent on consistent effort and hard work.

Former Petroleum Minister, Dieziani Alison-Madueke, has surfaced oooo. She spoke on Fatherhood, and making a case for Ijaw Women’s voice to be heard, praised GEJ for the chance he gave women in his Govt. This was in August 7, 2020 virtual event of Ijaw National Dev Group. Pt 1 pic.twitter.com/b0KFratkWa

Former Petroleum Minister, Dieziani Alison-Madueke, Speaking on Fatherhood, and making a case for Ijaw Women’s voice to heard, praised GEJ for the numbers of women during his administration. Pt 2 pic.twitter.com/OUjikt331Y

Former Petroleum Minister, Dieziani Alison-Madueke, Speaking on Fatherhood, and making a case for Ijaw Women’s voice to heard, praised GEJ for the numbers of women during his administration. Pt 3 pic.twitter.com/c3xeXdXtD8