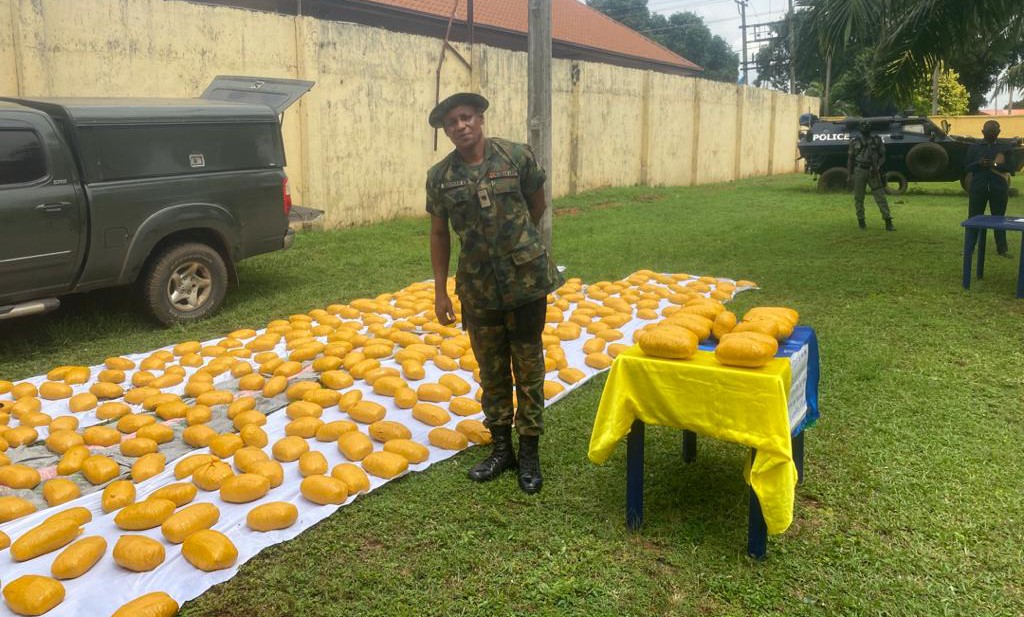 The Police Command in Delta State said it arrested a fake soldier along Sapele-Benin road, conveying 420 wraps of Indian hemp.

DSP Onome Onovwakpoyeya, the Command spokesperson, who confirmed arrest of the suspect to journalists on Monday in Asaba, said the man was arrested with a vehicle painted in army colours.

“The suspect, 44-year-old Mr Fabian Ojumah, was arrested with a Toyota Tundra truck painted in the Nigeria Army colours.

“The suspect paraded himself as a Major in the Nigeria Army when he was quizzed by police operatives of the Delta Operation Safer Highways.

“He was caught conveying 420 wraps of Indian hemp, and cannot specify where he is taking the exhibits to,” he said.

Superwozzy was arrested with charms and Indian hemp – Lagos…

In the other news, Suspected ritualists murdered a 67-year-old invalid at the home of a traditional medicine healer at Orhoakpor community, Ethiope East Local Government Area, Delta State.

The victim, who suffered stroke, was murdered in an apartment in the compound of the medicine man, was rushed to the healer after the victim fell sick.

It was learnt that the assailants slit the throat of the victim while also suffering machete cuts on his chest.

Delta Police Commissioner, Hafiz Inuwa who confirmed the incident said, “There was an incident like that. The man taken to a traditional healer for stroke treatment. The family rented a place. It was at the traditional healer’s place that it was discovered that the man was killed. So there is suspicion that it is a ritual killing. The case is under investigation.”